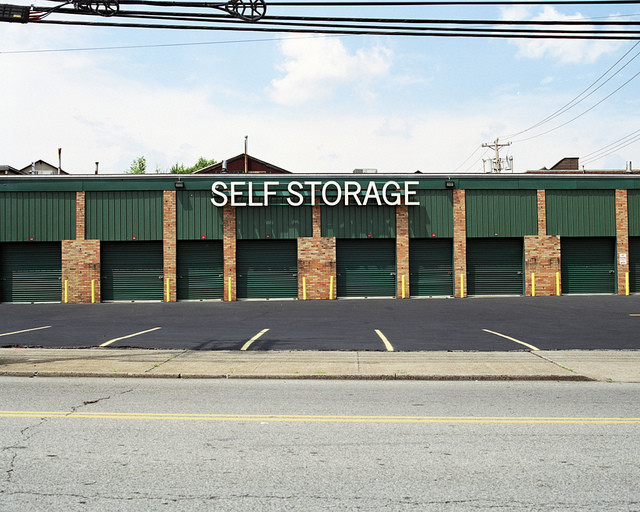 Why Are Self-Storage Facilities On The Rise?

US Represents 90 Percent Of The Self-Storage Industry
By Mary Kate McCoy
Share:

If you’ve noticed the mini garage-esque spaces popping up on the side of rural roads around Wisconsin or taking over abandoned malls, you’re not alone.

There are more than 52,000 self-storage facilities in the United States — that’s 90 percent of a $38 billion industry around the world.

Nancy Wong, a professor of consumerism science in the University of Wisconsin-Madison School of Human Ecology, says it’s a trend that’s been growing for years, and is largely driven by American materialism and the U.S.’s economic environment.

"It’s important to us to define and understand our world through consumption because we need to consume in order to survive," she said. "As we become a more industrialized and sophisticated culture we get to ... consume more and more things and it becomes actually a very central part of meaning and well-being in life."

That line of thinking is more common in the U.S. than anywhere else, she said. And it’s not cheap, on average the monthly cost for a unit is about $90.

But the possessions also take on a life of their own, said Wong. They become a part of someone’s identity that they see as distinguishing themselves from others.

"It provides us with a sense of security and gives us a sense of our own history and a sense of continuity," she said. "It defines relationships and the sense of belonging to others."

However, with that comes the potential for a culture and generation clash, Wong said.

Many people imagine they’ll pass their possessions on to children and relatives, but they’re finding younger generations don’t want them, she said.

"Some of it is also due to economic necessities," she said. "(Millennials) are much less likely to own their own home, and if they do actually live in a rental space, chances are they are going to be smaller. So all that actually compels us to living in a much more minimalistic way."

But on the flip side of that, Wong says that the rise of rental culture — and a throwaway society — is also a driver of the growth in self-storage facilities.

"There is also the odd culture that has emerged ... you should just rent something that you're going to use for a short period of time," she said. "There are increasingly more market solutions that actually try to reduce ownership of things."

Regardless of why you might choose to use a self-storage facility or not, it’s tough to give up possessions, Wong said.

"We tend to attach memories ... and getting rid of it means that there is no trace of it anymore," she said. "So I think that really becomes a very difficult part of letting go. It's really hanging on to that memory."