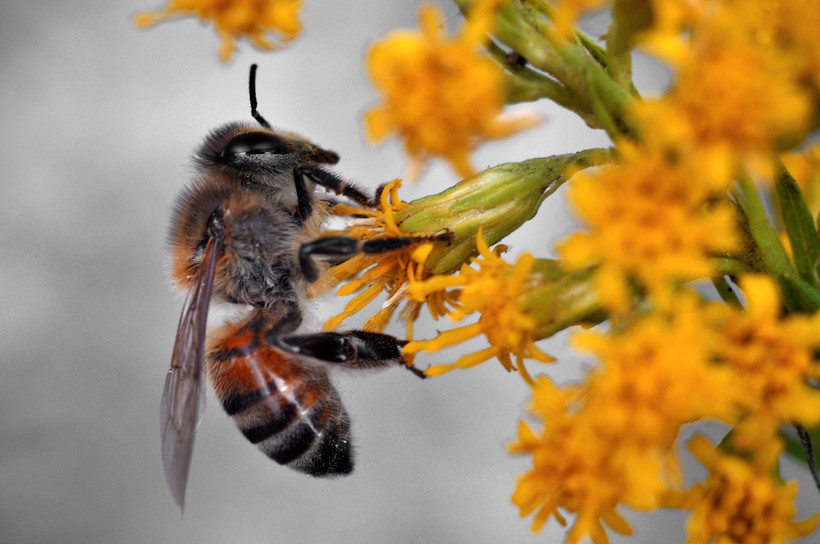 Why Are Honey Bee Populations In Decline?

A new government report is out that looks at honey bee health. It identifies a number of factors behind a huge decline in the bee population.

Keepers have seen a lot of their bees die off in recent years. The U.S. Department of Agriculture and the Environmental Protection Agency have released a report with some possible reasons why, including the parasitic varroa mite, which sucks blood out of the bees.

Gordon Waller is the vice president of the Wisconsin Honey Producers Association, and a bee keeper in Augusta. He says the mites are a big reason why he lost over half of his bees in the last year. He says the bees in Wisconsin, and the mites, started the season strong.

"But by the end of the summer, the mites are having a fantastic year, and the bees aren't having such a good year. They were sort of overpowered by the mites."

The report on bee health also suggests that pesticides may have hurt bee colonies. John Piechowski of Redgranite says 75 percent of his bees died over the last year, with field chemicals at least partly to blame.

"These go onto the plants; the bees in turn work the plants to get the pollen and the nectar to feed their young. There's a residual effect that kills the young bees."

The report also identifies poor nutrition and a need for genetic diversity, as other factors that have led to such a large number of bees getting sick or dying.