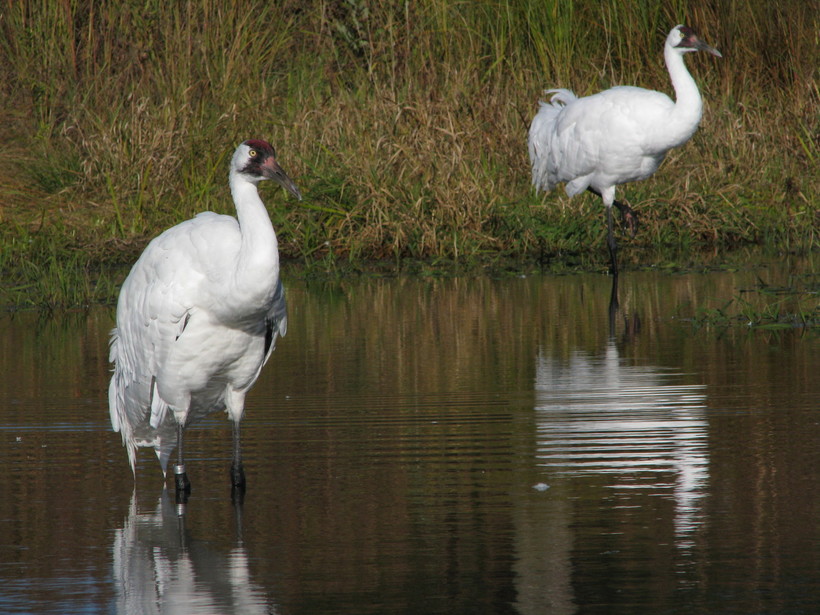 Most of the young whooping cranes making their first migration from Wisconsin to Florida have safely made it to a Florida wildlife refuge. But a few of the large birds are still on their way south.

Just five young whoopers followed ultralight aircraft on the birds first trip south. That may explain why this fall's ultralight-led migration may have been the fastest since the project to create a migrating flock of whoopers in the eastern U.S. began a dozen years ago. Joan Garland of the International Crane Foundation says it appears easier to guide a smaller number of birds, "Some years they had 18 cranes. Five follow behind one aircraft on takeoff."

Garland also says the weather along the migration route has been milder this fall.

Five of the six young whoopers trained to follow adult birds in the direct autumn release program have also made it to Florida. The sixth crane broke off from that group early on and is in Indiana. But Garland says she's not worried, because that bird is with an older crane. As for the two crane chicks that hatched in a Wisconsin refuge this year, and wild-hatched birds are considered vital to the future of the whooping crane project, that pair is also in Indiana, but with their family.