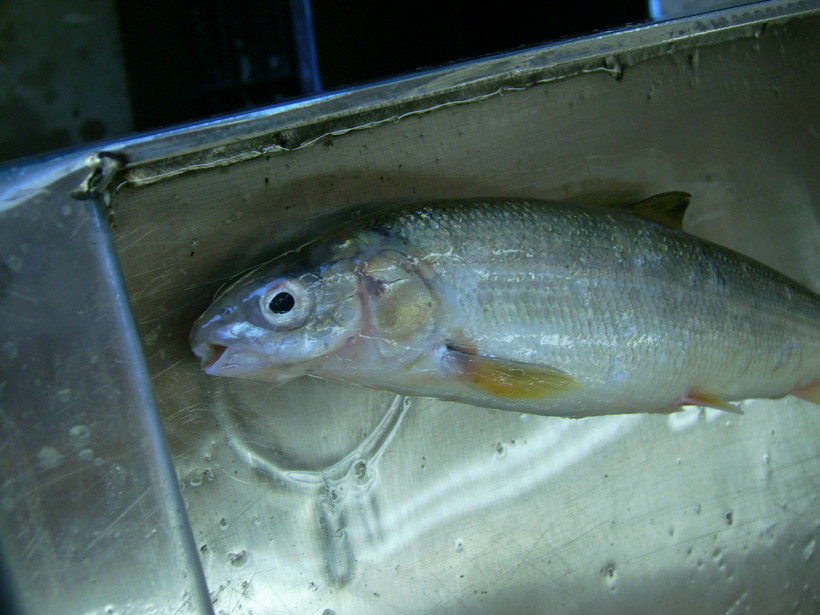 After A Century Away, Green Bay Whitefish Are Moving Inland To Spawn
By Galen Druke
Share:

Whitefish are returning to Wisconsin rivers after more than a century away.

The species, popular with ice anglers and commercial fishers, lives in the Green Bay and Lake Michigan. They historically traveled upstream to spawn, but that migration ended by 1870, according to Milwaukee Journal Sentinel environmental reporter Lee Bergquist.

The population was likely pushed out by pollution.

“At that time, there was a huge timber industry, the river was silted in. There wasn’t the habitat that there is today,” said Bergquist.

“As a society, we treated rivers as open sewers for many years,” he said.

Since then, rehabilitation projects have improved the quality of the Green Bay tributaries.

“Where a lot of the effort is, is on the Fox River, where you have the largest PGB (polychlorinated biphenyls) cleanup project in the country,” Bergquist said.

Although the fish are returning, when it comes to the cleanup, “if you would ask an ardent (environmentalist), they’d say it’s not fast enough and it should have been done a long time ago,” said Bergquest.

He is still optimistic.

“The proof is that the fish are returning to the river,” he said.