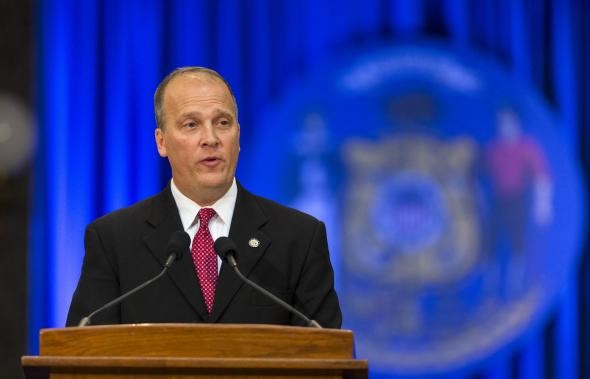 Where Does Schimel Go From Here On New Voter ID Ruling?

There is a new pathway for Wisconsinites who can't get a photo ID to vote in the November election after a federal judge ruled on Tuesday that voters can swear to their identity and use affidavits instead of IDs at the polls.

Wisconsin Attorney General Brad Schimel, a consistent defender or the state's voter ID rules, issued a brief statement Tuesday saying he was "disappointed with the court's decision," and that the state's Department of Justice will further review the ruling before deciding its next course of action."

So what what next course be? Steven Wright, professor at the Wisconsin Innocence Project at the University of Wisconsin-Madison Law School and a former trial attorney in the Voting Section of the U.S. Department of Justice, said Schimel is probably conducting interviews to figure out whether he will appeal the decision.

"My guess is he's talking right now to the people who actually administer elections and (asking) what type of burden this would place on them. If they appeal, I would expect an appeal to happen fairly soon," Wright said.

Part of the issue, said Wright, is that the judge's decision puts the new pathway in place in time for the November elections.

"So the attorney general is weighing whether he wants to actually be aggressive in ensuring that his rules are applied in the November election or whether the court's safety net will actually be in place," he said.

Tuesday's ruling is just latest in a long back-and-forth of legal decisions. Wright said he's worried that all the changes may confuse voters and have an impact on voter turnout.

"I'm very worried about that," he said. "In my experience, voter confusion happens pretty easily. Even when I talk to my students at the law school, they're not always completely certain about what rules are going to apply."

Wright added that the confusion often happens with poll workers themselves.

"(Poll workers) are often trained only once a year. So these type of last-minute rulings, you can't always expect bigger jurisdictions, especially in places like Milwaukee, to have trained all of their poll workers — literally hundreds, thousands of people across the state — on these new, last-minute rules," he said.