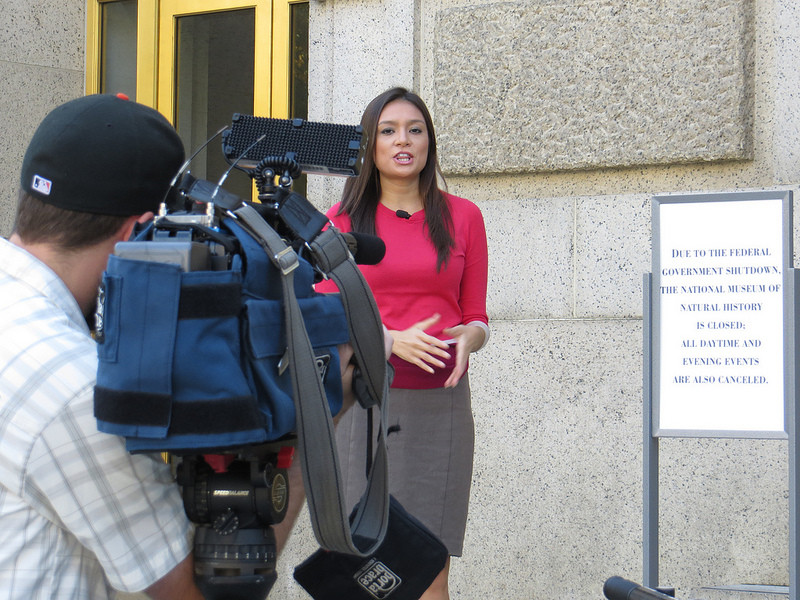 A journalist covers the government shutdown.  Photo by martin_kalfatovic

When Journalism Fails, So Does Democracy

As day three of the government shutdown drags on, American media organizations continue to follow the story.  But one prominent journalist has a message for these organizations: you’re getting it wrong.

Dan Froomkin is the executive editor of FearlessMedia.org, the website of the Center for Accountability in Journalism.  For many years, he wrote the “White House Watch” column for the Washington Post.

He said journalists are getting too caught up in covering the process, and the congressional back and forth.

“What’s missing from these stories and especially from the headlines is the fact that this is a manufactured crisis, that this is the result of aberrational behavior by one party, in this case, the Republican party” he said.  “By writing about the back and forth, I think people are being given a very false sense of what is actually causally responsible for this crisis.”

Froomkin said it’s the reasonability of journalists to hold politicians accountable.  And in this case, it’s their job to hold Republicans responsible.   “It’s hard for journalists to take sides, but ultimately, that’s sort of what you have to do here,” he said.

Froomkin’s message for journalists?  Be fearless.

“You have to not be afraid of being criticized,” he said.  “And you have to remember why you became a journalist in the first place…which is not to sort of triangulate your way through the day, but hold the powerful accountable.”