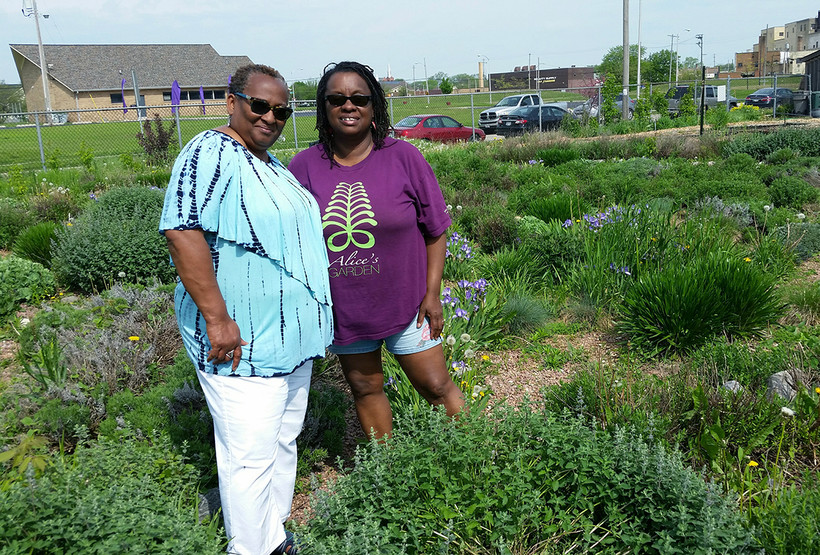 Zakiya Courtney and Venice Williams at Alice's Garden in Milwaukee.

"Farm-to-table," a term that's become almost inescapable in culinary circles, takes on a different meaning when the distance between table and farm is only a matter of city blocks.

In Wisconsin, the idea of food that's grown for and by city residents isn't new. One of the state's urban agriculture leaders is celebrating his 25th anniversary in the movement, while another has a waiting list of people who want to grow their own food in a low-income Milwaukee neighborhood.

During the quarter-century that Will Allen has been running community farming efforts in Milwaukee, he's gone from having just a 2-acre farm to operating several small farms, orchards and other agricultural sites in southeastern Wisconsin and Chicago. Will Allen stands in front of the hoop house raspberry plants at Growing Power. Chuck Quirmbach/WPR

His non-profit organization, Growing Power, is celebrating 25 years and is, itself, still growing.

Recently, in the doorway one of the 36 hoop houses at Growing Power's farm in Oak Creek, Allen showed off newly planted red raspberry plants.

He added the raspberries to the variety of crops on this leased property, after visiting a California company that has started producing the berries indoors a few months a year.

"I saw that, and said 'why can't we do that here in Wisconsin?' Because we usually don't get raspberries until July. The fact that they're locally grown, they last a lot longer," Allen said.

In another hoop house, Allen pointed to an aromatic crop of cilantro, which is headed to new customers.

Growing Power's fruits and vegetables also go to local grocery stores, and are served in schools and other institutions. The revenue helps pay for training programs for others to learn urban agriculture and have access to reasonably priced, nutritious food.

Nearly 10 years ago, Allen was named a MacArthur Fellow and was awarded a $500,000 "genius grant." But he says being a nonprofit grower is still a challenge.

"All kinds of things come up," he said. "Things break down. Salaries, payrolls, and most of the grants you get don't cover the entire project." 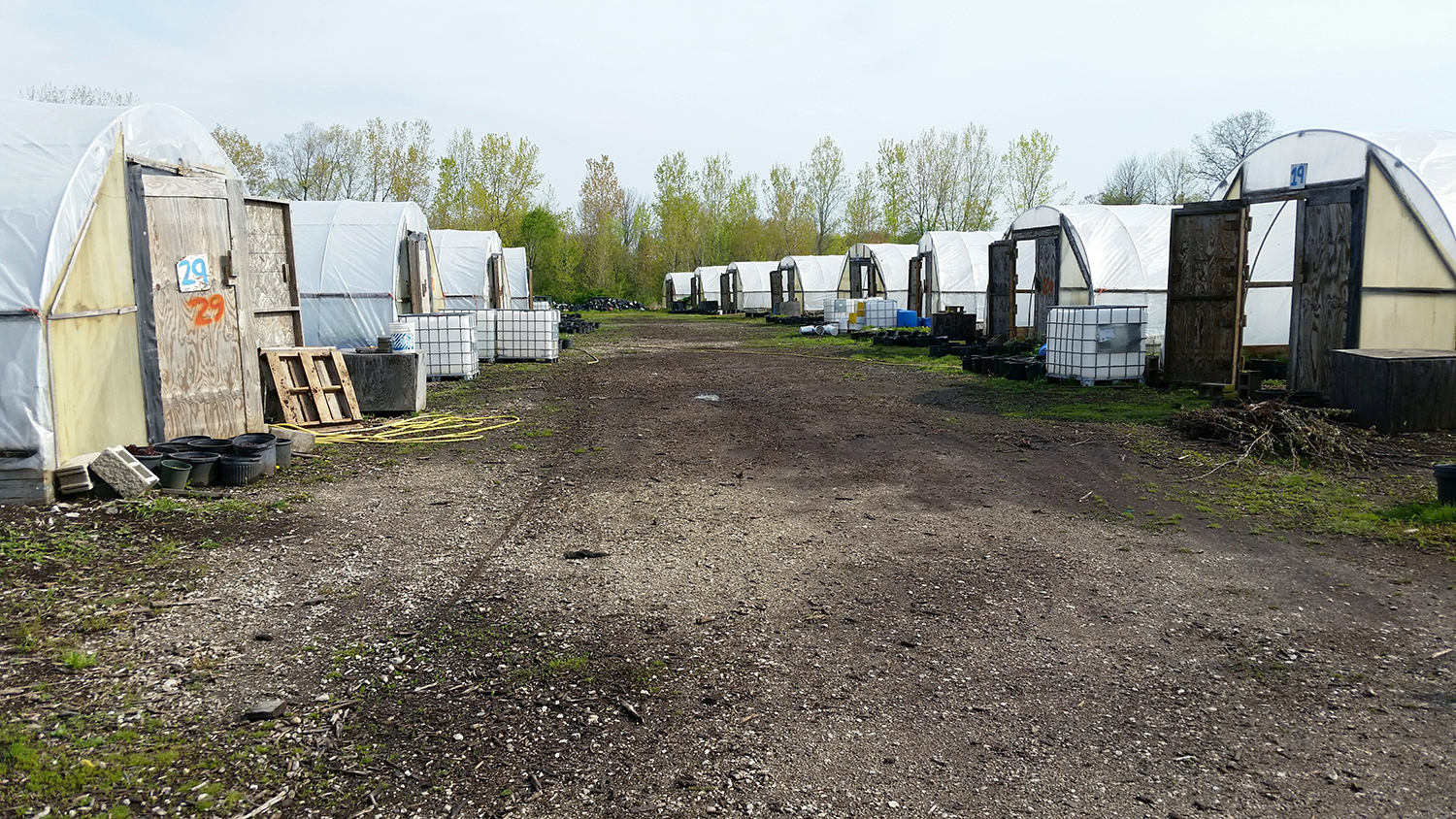 A row of hoop houses at Growing Power, in Oak Creek.Chuck Quirmbach/WPR

At a much smaller operation in Milwaukee, the model is different. Alice's Garden Urban Farm and Community Garden sits on just about 2 acres but it's been part of a low-income, African-American neighborhood for more than four decades.

On a recent May day, garden executive director Venice Williams was clearing dandelions with a shovel. Williams said she often harvests dandelions for cooking salts and soups, but those particular plants were moved out of the way to make room for herbs and vegetables, "so that we can get other food in the ground for the community."

Williams said all 120 plots at the garden are rented, and there's a waiting list of about two dozen individuals or groups.

"It tells me that people are very much interested and excited about cultivating their own food, wanting food that they don't have to worry about where it originates and, whether it is chemically enhanced, shall we say. That's a polite word," she said.

Williams also said she's proud that people from about 30 cultural backgrounds have plots here. Hmong, African, Thai, Israeli, European, to name a few. She said many come from families that have been growing food a long time.

"So, this is also a merging of agricultural history, that sometimes gets lost in other things; in other stories of an urban context of crime and health issues and poor housing," Williams said.

One of the growers, Zakiya Courtney, has two plots at Alice's Garden. She plants greens, tomatoes and peppers. Courtney said she grows food for her own health, and for her small catering business. She also wanted to bring her family together, even if initially it was to pull weeds.

"People came and lookin' at us, like, 'You want us to do what?'" Courtney said. "You know, but the young men, they got out there and they dug and did everything they needed to do to clear it, which was really wonderful. Then, by the time they came back, there was food there."

Both Alice's Garden and Growing Power say a key to their future  — and to that of urban agriculture — will be whether they can convince more young people to pull weeds, plant seeds and grow food.