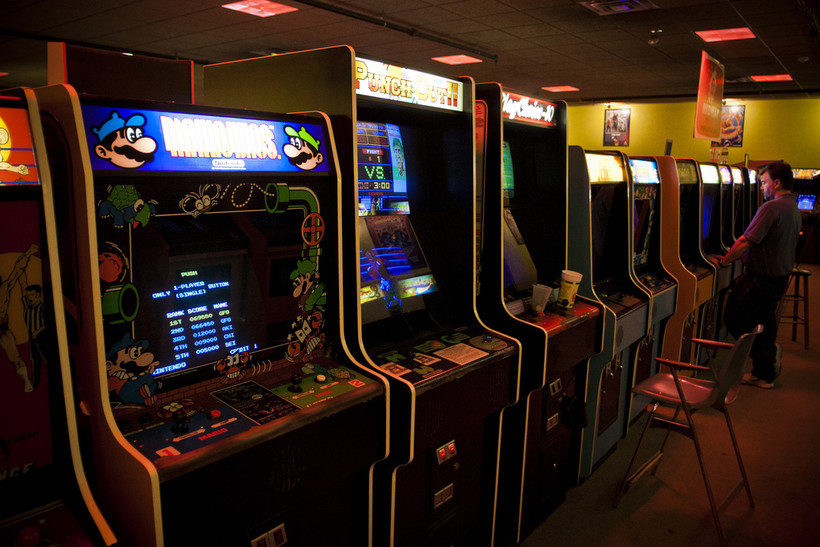 What's Old Is New Again: Why Vintage Arcades Are Popping Up In Wisconsin

In The Era Of Playstation And X-Box, Vintage Games Still Hold A Certain Appeal
By Chris Malina
Share:

In a world where tens of thousands of games are available on your phone, and immersive gaming experiences can be had from the comfort of your living room, it would seem that there’s no room for Pac-Man and other relics of the arcade era.

But it’s not game over for these characters and games just yet.

Across Wisconsin, from Madison to Eau Claire, new, vintage-style arcades are opening their doors, serving up a strong dose of nostalgia. And Milwaukee’s getting in on the action, too.

"I think in today’s busy world, and how fancy your phones are and everything these days, I think it’s kind of relaxing to sit down and just play and old game," said Michael Sampson, owner of 1983 Arcade Bar, which plans to open this fall in downtown Milwaukee.

"You just kinda turn your brain off and just play something that resonated with you and your childhood," he added.

Popular in the 80s and early 90s, arcades were once the pinnacle of video gaming. But once video game consoles went mainstream, arcades started to suffer.

"I think when you have these personal systems coming out, like Nintendo and Super Nintendo and Sega Genesis, you just want to be at home playing those," Sampson said.

But now, arcades are having somewhat of a comeback, fueled by gamers who cut their teeth on arcade games like Ms. Pac-Man, Galaga, and Tapper. Millennial and Generation X gamers, Sampson says, are looking to re-create that experience.

"These are the games they grew up playing," he said.

Some of these new arcades are even serving alcohol, and have been lovingly dubbed as "barcades."

As for the name 1983, Sampson says he chose it for two reasons: it was the year Nintendo launched their first home console in Japan, and the year he was born.

Games at the arcade will range from 1982’s Burgertime to 1999’s Crazy Taxi. While some games will be permanent mainstays, others will be on a monthly rotation to keep things fresh, Sampson said.

And just like you remember, games will only set you back a quarter.

"We want to keep it the same as it used to be," Sampson said.

While gamers of a certain age will no doubt geek out about the nostalgic games, Sampson hopes younger gamers, ones who didn’t grow up with arcades, will see what all the fuss is about.

"Our location is directly across from the new (Milwaukee) Bucks arena going in," he said. "I’m really hoping that a father and a son or a mother can go to a game with their child, and swing by the arcade before or after the game, and kinda show them a game that they grew up playing, and hopefully their child will be excited about it as well."