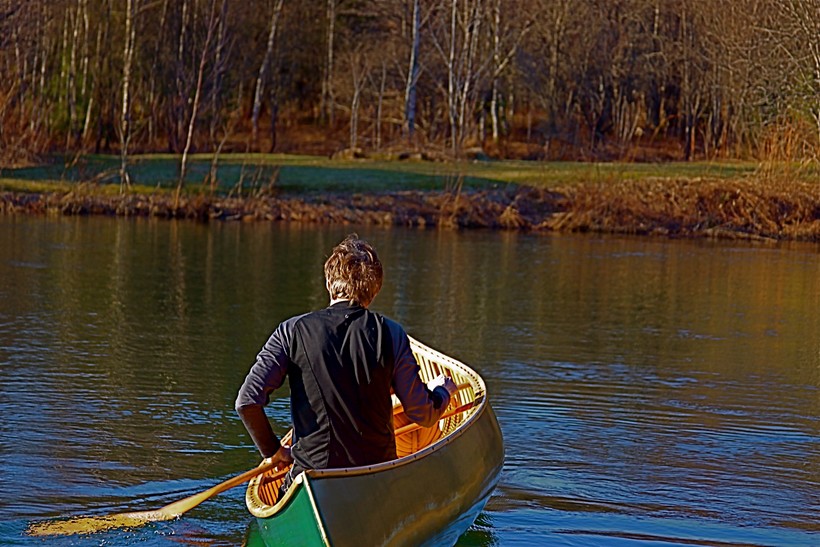 What's New (And Not So New) In Paddlesport Gear

When it comes to products in paddlesports, there's some "cool new stuff" coming out, according to Darren Bush, owner of Rutabaga Paddlesports in Madison.

While there's nothing that's radically different, Bush said, there are a few "macrogems" to take note of that may be seen at the annual Canoecopia, an consumer show hosted by his company.

Bush noted that there seems to be more interest in traditional gear. Instead of turning to Gore-Tex or nylon packcloth, paddlers are taking a fresh look at canvas. More traditional paddles are also making a resurgence.

"One-piece wood paddles are coming back," Bush said. "There's a reason they were shaped that way and they work really really well ... what's old is new, I guess."

In terms of safety items, Bush said he's seeing more CO2 cartridge inflatable life vests. He said they've been around for a while but are catching on for a good reason.

One newer life jacket innovation, though, comes from the growing popularity of stand-up paddleboarding, Bush said. It's possible to get a life jacket that's the size of a couple of cans of soda that goes around the waist. To make use of it, pull a tab and flip it over the head.