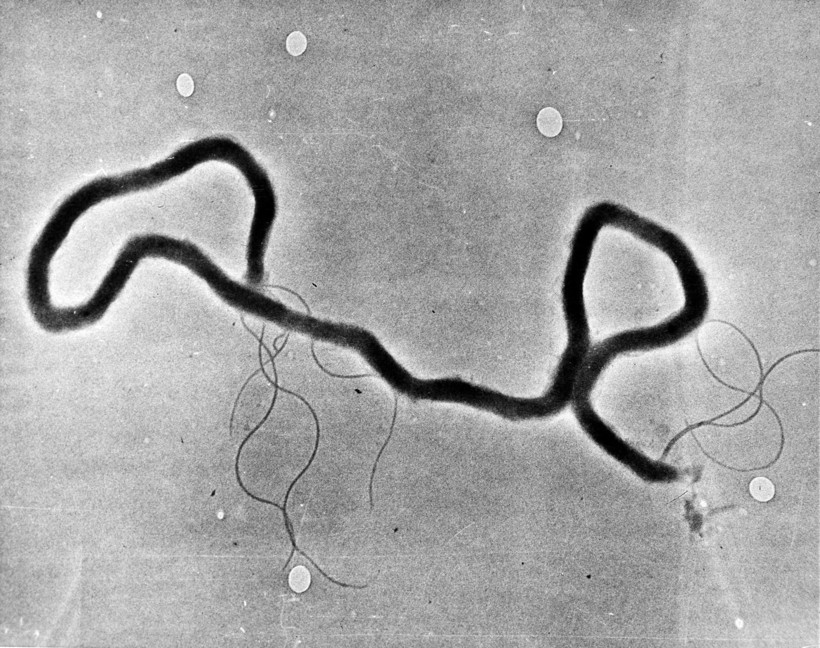 The organism treponema pallidum, which causes syphilis, is seen through an electron microscope. AP Photos

What's Behind The Drastic Increase In STD Rates In Wisconsin, US?

Wisconsin’s numbers are in line with a national trend. A new Centers for Disease and Control and Prevention report found that cases of the three STDs with national data available — syphilis, gonorrhea and chlamydia —  are all increasing across the United States (HIV cases are also reported nationally, but data is collected separately).

"It’s an unacceptable situation in the United States. We have the highest STD rates of any Western industrialized nation," Harvey said.

Increasing cases of STDs is puzzling when compared to the fact that national teen pregnancy rates continue to fall.

So why are STD rates in the U.S. higher than they have been in decades? One reason is funding for health care programs, Harvey said.

"Over the last 20 years, we’ve seen a huge erosion in public financing. I argue there’s a direct correlation between reduced resources and the fact that we now have an out-of-control STD epidemic in this country," he said.

Peter Leone, a professor of medicine and an adjunct professor of epidemiology at the University of North Carolina, gave the example of the CDC’s Syphilis Elimination Effort program to illustrate this point. The program ran from 1999-2013 and aimed to eradicate syphilis from the U.S.

"It was successful around heterosexually transmitted infections. However, what typically happens when we have success (is that) program funding gets cut. So funding was actually reduced around syphilis elimination, and at that time we began to see the emergence of syphilis (again)," Leone told "The Morning Show."

"If you have resources and access to care, you can avail yourself of screening and treatment," Leone said.

Aside from the availability of treatment, stigma both within and outside the medical community surrounding STDs is another barrier that prevents people from getting screened and treated, Leone and Harvey said. To ensure a healthy community, both patients and providers need to talk more openly and honestly about sexual health, they continued.

Framing things in terms of sexual health rather that disease prevention might be one way to normalize talking about STDs, Leone suggested, in addition to making such discussions a part of routine checkups.

As for the disconnect between falling teen pregnancy rates and rising STD rates, both Leone and Harvey say it's because STD screening and prevention is primarily geared toward young women and paired with reproductive health.

By framing sexual health primarily in terms of pregnancy prevention, "we’ve unintentionally got into a situation where we’re having success at reducing unplanned pregnancies, but what’s not happening is screening and testing for STDs," Harvey said.

Harvey and Leone suggested that building more independent STD prevention and treatment clinics, framing abstinence as one choice of many in sexual education, building more "express clinics," and making extragenital testing part of screening protocol are all factors that could help reduce STD rates in the U.S.

Gonorrhea, syphilis and chlamydia are mostly asymptomatic, which means you can transmit it even if you don’t have symptoms. This is why getting tested regularly is critical, both Leone and Harvey Stressed.

In the long term, these infections can lead to fertility issues, particularly for women. All three STDs increase your chances of contracting HIV.

These higher rates are "an entirely preventable outcome; it should not happen and represents a failure in our healthcare system, period," Leone concluded.