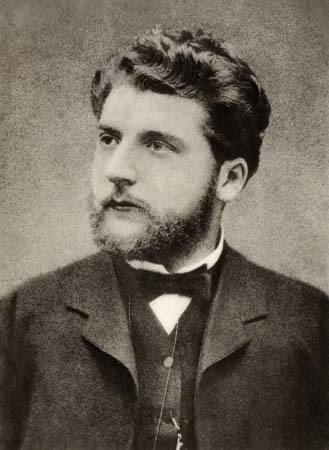 In 1859 composer Georges Bizet was a twenty-year-old student studying in Rome. He had already written a masterful Symphony in C, a major sacred work, and his comic opera Don Procopio, and he had strong opinions about his fellow composers. He wrote to his mother in Paris on March 19:

You attribute to feeble libretti the string of failures that has plagued our best writers for the past several years. You’re right. But there’s another reason. Not one of those writers has a well-rounded talent. Some of them—Massé, for example, fall short when it comes to style and a grand design. Others—including David, I suppose—lack the musical basics and spirit.

Even the best of them lack what a contemporary composer needs to make himself understood by today’s public—the motif, which is usually and quite wrongly called the idea. One may be a great artist without using the motif, in which case he has to abandon all hope of money or acclaim. But one may be a man of great talent and have that precious gift as well.

Think of Rossini. Rossini is the greatest of the lot because, like Mozart, he has every attribute—elevated ideas, style, and themotif

I have no doubt about what I’m saying and it gives me hope. I know my business very well and I’m very good at orchestration. I’m never commonplace, and at last I have discovered this open sesame that I’ve been looking for. In my opera I have a dozen motifs,but real ones, rhythmic and easy to remember, and yet I haven’t made any concessions as far as taste is concerned.

I wish you could hear it all. You would see that I have found a little of what I was lacking.