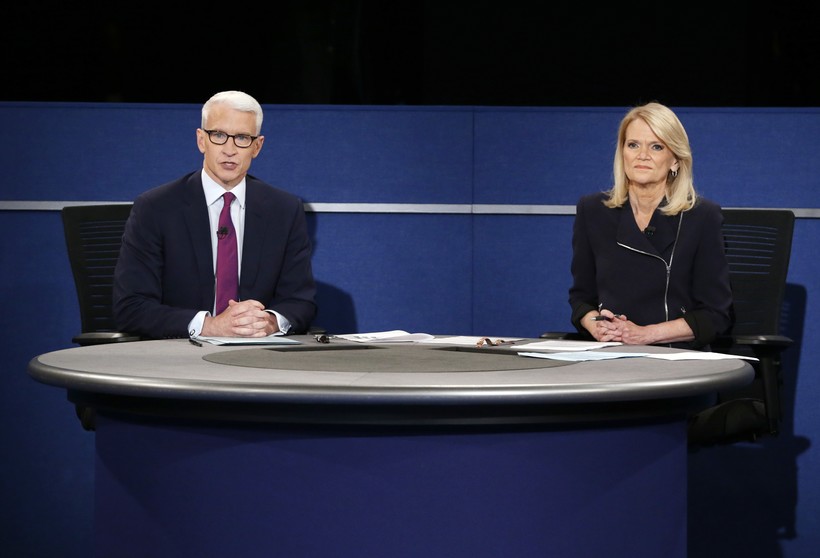 What Is A Presidential Debate Moderator Supposed To Do?

In a presidential debate, a moderator has to wear multiple hats.

The duties of a presidential debate moderator are different from those of an academic or traditional moderator, said Dick Haven, an emeritus professor of communication at the University of Wisconsin-Whitewater.

The first responsibility of a presidential debate moderator is to be the microphone controller, or "MC," who directs the event.

"They have to be a time keeper and try to keep the event on schedule to get as many questions as possible whatever it may be," Haven said.

The moderator also has to be a referee to some extent.

"They have to try to be injecting in ways that keeps it fair," Haven said. "Fair to how much time each person gets to answer a question or to express an opinion or respond to another person."

Although this is the most controversial part, there are times where the debate moderator needs to interject and challenge the veracity of a comment the candidate made, Haven said.

Of the presidential debates held thus far — which were moderated by Elaine Quijano, Anderson Cooper, Martha Raddatz, and Lester Holt — Haven said he thinks NBC’s Holt handled the moderator duties the best, despite having a record audience of more than 84 million viewers and losing control at times.

Haven, whose areas of expertise include American political discourse and American public address, said instead of interjecting and challenging the truthfulness of the candidates' remarks, Holt framed it as a question.

Some have said Holt should've had more control of Republican presidential nominee Donald Trump's microphone, but Haven said he thinks that would lead to more controversy about the role of the moderator and less of a free flowing debate.

"He made the decision to pull back a little bit and let the candidates kind of sell themselves and, of course, that led the audience to make decisions about the behavior of the candidates as well as what the candidates argued rather than the moderator trying to do that by fact checking or by stepping in and arguing with one candidate or another," Haven said of Holt.

In any case, Haven said being a presidential moderator is a tough job.

"I'm not sure this is any job anyone wants to really apply for because you're almost in a no-win situation," Haven said. "You have to be careful how much you do of each element."

The third and final presidential debate will be moderated by Fox News Channel's Chris Wallace on Wednesday, Oct.19.