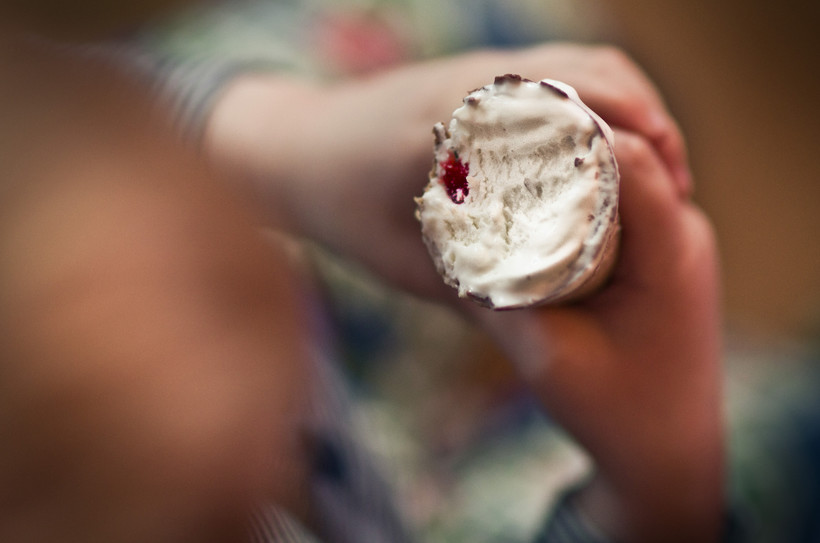 When it’s piled on top of a waffle cone, in your hand on a hot summer day, ice cream seems like a simple treat.

It’s actually far from it. So much so, that the University of Wisconsin-Madison has an entire program devoted to the study of frozen desserts.

For instance, water freezes at 32 degrees Fahrenheit. But ice cream doesn’t start freezing until far below that.

"As you and I enjoy it from our home freezer it’s usually around 5 degrees Fahrenheit. But it’s still malleable, it’s still flexible," Rankin said. "But how can it be if water is freezing at 32 Fahrenheit?"

As Rankin explains it, ice cream freezes at a colder temperature because of freezing point depressants in the ingredients: notably, sugar.

In addition, ice cream is technically a foam. It’s dependent on the air bubbles inside it, and that affects the freezing point.

"Air has a unique functional property, it gives it a texture," Rankin said.

Throw in thousands of different ice cream flavors, and that can complicate things even more. So at UW-Madison, in coordination with the Babcock Hall dairy plant on campus, scientists study how to manipulate the food and how to make it work properly.

The ingredients in the Babcock Ice Cream created on campus — first developed in 1951— are actually quite simple, Rankin said, mostly because of the age of the recipe. It’s cream, dry milk powder, cane sugar, a gelatin stabilizer, plus added ingredients depending on the flavor.

But the research can get specific. For instance, Ph.D. student and research assistant Dieyckson Freire studies the physical properties of melted ice cream.

She waits for it to get warm because ice cream depends on a host of structural elements to hold it up: fat clusters, air bubbles and ice crystals, for instance. But the ice crystals can get in the way of testing.

Those ice crystals are unique, because they are formed in special ice cream freezers during the manufacturing process. They look like tiny snowflakes, and they’re key to keeping ice cream solid but malleable.

Ever noticed how if you let ice cream melt, then stick it back in the freezer, it’s not the same? That’s because those ice crystals don’t come back.

"Once they are gone, you can’t recreate them in your own freezer," Rankin said. "This is trying to put the toothpaste back in the tube, you can’t really go down that path anymore. It’s icy, it’s hard, it’s lost some of its native ice structure."

So the next time that pint starts to melt? Just eat the whole thing, Freire said.