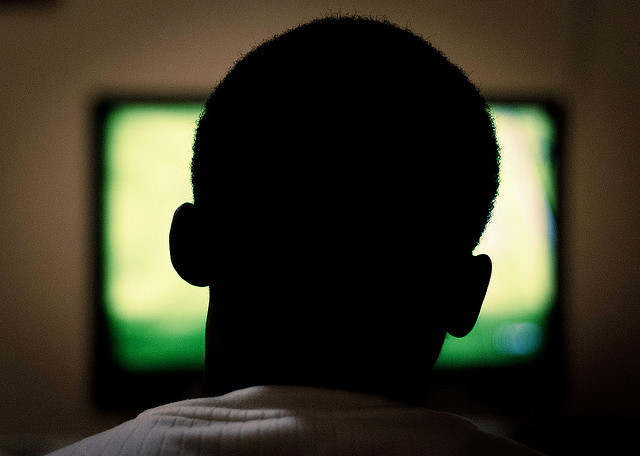 A psychology professor has found that people’s perception of the world may change when they consume depressing news. Photo: Al Ibrahim (CC-BY-SA).

What To Do When The News Gets You Down

Think of the news from this past week: Gaza torn up; violence in Iraq and in Ferguson, Mo.; an Ebola outbreak that's left hundreds of people dead; and a beloved celebrity hanging himself.

According to one  University of Texas psychology professor, during weeks like these it's important for news consumers to ask the question: How might all this bad news be affecting you?

Even though most media consumers are watching most of this news from a distance, and aren't directly impacted in any way, it doesn’t necessarily mean that they aren’t affected by distressing current events.

In fact, Mary McNaughton-Cassill, a professor of psychology at the University of Texas-San Antonio, has found that people’s perception of the world may change when they consume depressing news.

“When you’re surrounded with negative or dangerous information from all around the world all the time, what it can do is that you can assume that things are more dangerous than it is,” said McNaughton-Cassill, who also authored the book, “Mind the Gap: Coping with Stress in the Modern World.”

McNaughton-Cassill said that that hasn’t always been true. She believes that the media landscape changed drastically with the advent of CNN and the 24-hour news cycle. Prior to that, people got most of their information from outlets like “the evening news show or the morning newspaper,”  and unlike today, there was inevitably a substantial delay between an event happening and a person finding out about it through the media.

“If you think about the changes in media and technology, people have always had scary things happening around them — disasters, wars, and those sorts of events — but they weren’t as plugged into them,” said NcNaughton-Cassill.

Though news coverage of sad events can warp people’s worldviews, McNaughton-Cassill does not advocate for avoiding news altogether.

“It’s good to know when breaking news happens,” she said. “The problem comes when it’s repeated over and over again.”

For those who may feel like they're having difficulty coping with the onslaught of distressing news and information, McNaughton-Cassill offers the following suggestions:

1. Take a media vacation. If news elicits feelings of anger, anxiety or hopelessness to the point where it's affecting a person's daily life, then it's a good time to switch off the news, unplug from social media apps, and do something else.

2. Think critically about media diet. People should be conscious of what they expose themselves to, said McNaughton-Cassill: “We all need to start making conscious choices about what we watch and how we absorb the media in general.”

3. Regulate the flow of news in your life. “The only way off the merry-go-round is to regulate your own flow,” said McNaughton-Cassill. “We’ve reached a saturation point where you have to be very clear about what works for you. We aren’t obligated to listen all the time.”

4. Try to figure out what's really causing the anxiety. McNaughton-Cassill recommends also looking at whether it’s exposure to news that’s causing negative emotions, or whether someone may need to address an underlying depression or anxiety problem.