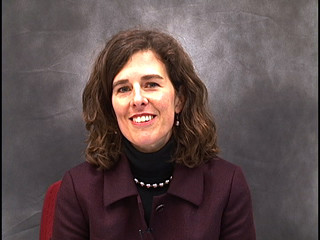 Madison In Particular Gets Negative Views From Most Of State
By Rob Ferrett
Share:

There’s an urban-rural split in Wisconsin, and it’s having an impact on how many see politics and get along with each other, according to a University of Wisconsin researcher.

Kathy Cramer, a UW-Madison political scientist who describes herself as a lifelong Wisconsinite, said that over the last six years, she has been talking to people in communities around the state about how they view politics.  She said that one theme she has heard is resentment in rural areas and small towns toward the state’s largest cities, especially Madison.

“A lot of what I hear is, ‘You folks down in Madison just don’t get it. You don’t understand what rural life is like, how hard we work,'" she said.

Cramer said that people often wrap the state government, the university and a perceived liberal community in Madison in one bundle -- and see condescension and elitism. A common perception is that “decision-makers in Madison ignore us, they don’t pay attention to what people in rural areas of Wisconsin want or think.   And they make decisions and expect us to abide by them and don’t take the time to come out here and listen," she said.

Cramer said the divide shapes political conflict and makes it hard for both sides to communicate with one another, much less get along. She said this was especially apparent during contentious times, like the state Capitol protests following the Act 10 legislation banning many forms of collective bargaining for most public employees in the state.

She said she loves the state’s tradition of civil politics, and hopes that we can return to that.

“There are things that people can connect on, but unfortunately once the venom of ‘us versus them’ gets inserted, it’s really hard to overcome that," she said.