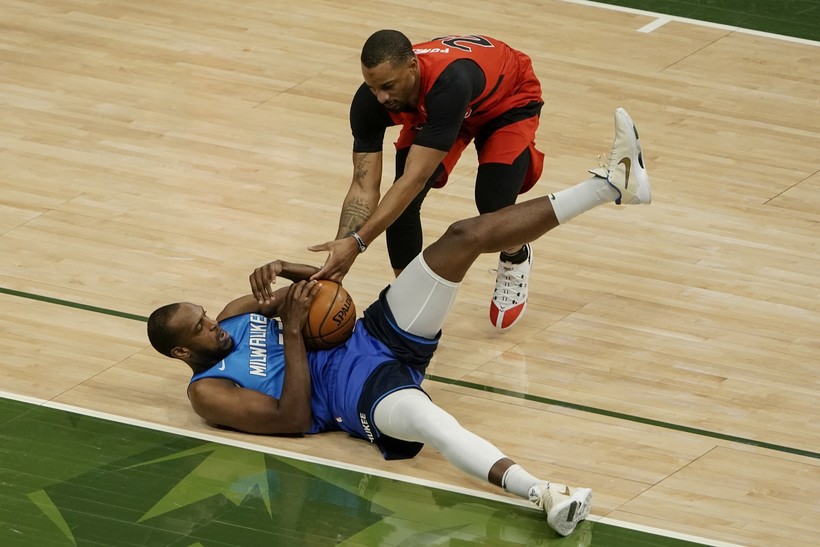 Milwaukee Bucks' Khris Middleton and Toronto Raptors' Norman Powell go after a loose ball during the first half of an NBA basketball game Thursday, Feb. 18, 2021, in Milwaukee. Morry Gash/AP Photo

'We've Got To Have Good Thoughts': Bucks, Badgers Discuss Slumps

It’s been a tough week for Wisconsin’s top basketball teams.

The Milwaukee Bucks are in the midst of a five-game losing streak. On Thursday, they fell to the Toronto Raptors for the second time this week. The team has now lost 13 of 29 games. Last season, they played 67 games before recording their 13th loss, according to ESPN Stats and Information.

On Thursday, the Bucks scored fewer than 100 points for the first time this season. Still, head coach Mike Budenholzer said he saw more effort from his team that evening than on Tuesday, when the Bucks also lost to the Raptors.

"People are going to look and see another loss, but the togetherness, the competitiveness, the spirit was better tonight, and we’ve got to build on that," he said Thursday.

Bucks point guard Jrue Holiday has missed the team’s last six games while under the NBA’s COVID-19 health and safety protocols. There’s no indication when Holiday — in his first season with Milwaukee — will be available to play, but it’s clear the Bucks are struggling without him.

Reigning MVP Giannis Antetokounmpo is averaging 28 points and 11.4 rebounds per game — ranking seventh in the league for both stats. On Thursday, he was named a starter on the NBA All Star team for the fifth time. He doesn’t remember the last time he lost five consecutive games, but it’s a learning experience, he said.

Milwaukee will host the Oklahoma City Thunder on Friday. On Sunday, when the Bucks take on the Sacramento Kings, it will mark the first time Fiserv Forum welcomes paying fans in nearly a year.

Meanwhile, the No. 21 Wisconsin Badgers have lost two games in a row for the first time this season. Their ongoing scoring troubles continued Thursday when they were beat by the No. 11 Iowa Hawkeyes. The Badgers made just 30 percent of their field goal attempts.

"We have to stick together, that’s a big thing. You can’t feel sorry for yourself because then it’s just going to get worse," said senior forward Micah Potter. 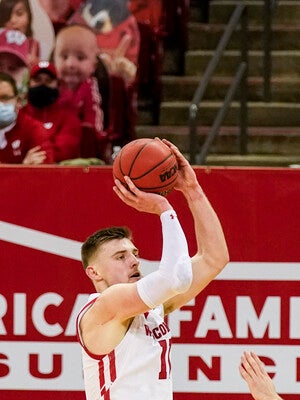 The Badgers will travel to Evanston, Illinois, to play the Northwestern Wildcats on Sunday. The Big Ten men’s basketball tournament begins March 10, a week before the start of the NCAA Tournament.

"(We've) still got, hopefully, a long season left and the only thing you can do is stay positive," Potter said.

After a strong start to the season, Wisconsin has struggled with consistency. On Thursday, senior guard Brad Davison sunk a three to open the game before Iowa scored 14 straight. Ultimately, the Badgers couldn’t dig themselves out of that hole.