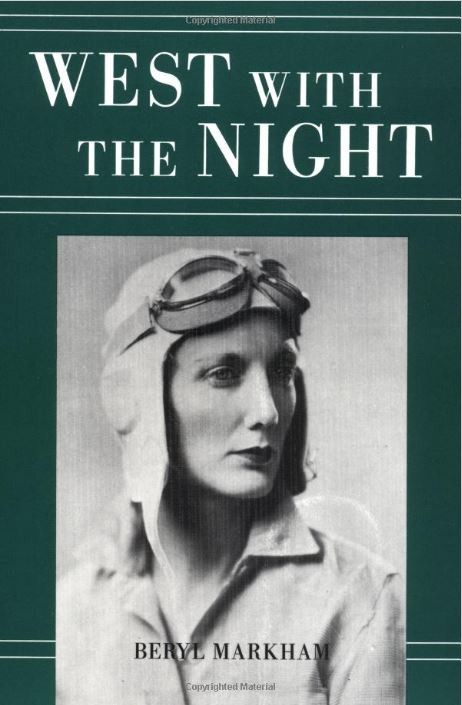 West With The Night by Beryl Markham

This is how Library Journal describes it: Though Markham is known for setting an aviation record for a solo flight across the Atlantic from East to West-hence the title-she was also a bush pilot in Africa, sharing adventures with Blor Blixen and Denys Finch-Hatton of Out of Africa fame. Hemingway, who met Markham during his safari days, dubbed the book "bloody wonderful."