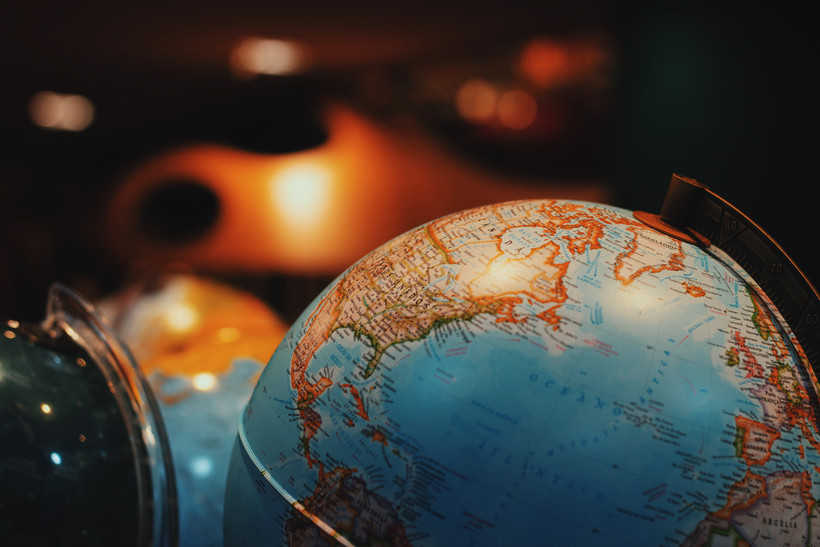 We're Mostly Talking About Closing Our Borders. What If We Opened Them Instead?

An Economist, An Artist, And A Global Strategist On The Economic, Moral And Cultural Reasons For Open Borders
By Mark Riechers
Share:

In 2016, "To The Best of Our Knowledge" talked to artist Molly Crabapple, economist Bryan Caplan and global strategist Parag Khanna about the differing ways they came to the same conclusion: that borders have become an outdated concept.

In some ways, things have changed considerably since then — in the past few years, mass migrations from Central American countries have forced the United States to confront many of the hard realities that Syrian migrants forced Europeans to face back in 2016. The conversation about borders in U.S. politics has become more about how they can become more closed, not more open.

But the arguments for open borders aren't strictly left-leaning: liberal, centrist and libertarian figures can find common ground around the idea that a more open border system can be better for migrants and for the country at large.

How might that be? We revisit the core planks of the case for open borders below.

Borders are technically a fiction. Actual borders are more about connections than divisions.

Molly Crabapple: We live in a time when we can communicate with anyone in the world. In our hands, we hold phones that have the sum total of human knowledge, that give us this gnostic and bodiless power to see anywhere and speak to anyone, anywhere — regardless of borders.

But the thing is that in a time when people's minds can go anywhere, people's bodies cannot be chained in this way. People will no longer respect the idea that borders were sacrosanct, and in fact the idea of a border being sacrosanct is a very, very, very modern invention.

Parag Khanna: At a day-to-day level, what shapes our lives more and more is infrastructure — by which I mean transportation, energy, communications, railways, highways, pipelines, electricity grids, internet cables — and by and large, more and more borders around the world are being transcended and paved over literally by all of this infrastructural connectivity.

And yet most of our maps, no matter what country you're in, tend to just show the standard Rand McNally atlas of the world that just has political boundaries. But if you were to draw an accurate map of everything that we as mankind have built? Put those on the map and what you'll see is that we are way more connected than we are divided.

Let's start right here at home. The United States is a major consumer of Canadian natural resources, and in fact that is the most heavily transited border for trade in the entire world. You can create a moving map of all of the trucks and all of the pipelines and all of the oil and gas flows that are actually transcending that border every day. So why don't our maps show that?

In a connected world, borders slow down trade and labor markets.

And then again, there are all the things you don't see. American companies now are investing in the Mexican energy infrastructure. They're investing in the Mexican automobile industry. All of these areas where Mexico represents a huge growth market for American exports. Why would you want to put up a border? I mean if you're a businessman right — I mean, if you're a real businessman, and you think in terms of trade and exchange in commerce — the last thing you'd want to do is to make it harder to trade with fast growing markets like Mexico.

Think about someone who's working in Haiti, where they're able to produce maybe a few dollars worth of value per day. If you can just move them over to Miami, it is very easy for that very same person the next day to be producing 10 times as much, in terms of shining shoes or cleaning houses. In Haiti the value of that is very low; in Miami the value of that is much higher.

This is even more obvious for something like agriculture in Mexico, where the amount of food that a Mexican farmer can grow in Mexico is a very small amount. The amount that very same farmer can grow if you just let him move into Texas or California is many times greater.

A closed border creates a market for bad actors to create openings through it illegally.

BC: It's easy to think that we have an open borders policy when you take a look and see we've already got 11 million illegal migrants in the U.S., but probably the best proof of how strict our immigration policies currently are is to just take a look at the prices the human smugglers charge. (In 2016,) if you want to get smuggled in from rural Mexico to the United States, usually they'll charge about $4,000. That's about three years wages for a rural Mexican farm worker. People pay a lot of money to get smuggled into the United States — in great danger, and with no guarantee of getting in.

You (could instead) charge very similar rates to just let people walk across the border legally, or take a bus across legally. You get a piece of paper, pay a fee and again use that money to take care of Americans who you think are losing out.

MC: Let's say you're someone like a young Syrian engineer that I met in a refugee camp in Iraqi Kurdistan. He speaks English. He is highly educated – he fought for an education against all odds, and was part of a persecuted ethnic group and he got that education, has a good job. And then war comes and strips everything from him.

How can you tell someone like that not to get on a boat to Europe? How can you tell someone like that that because of the spot of land that you were born on, or because of the mother you came from, or whatever, you have less of a right to human dignity — to free movement and happiness — than someone else just by virtue of the fact that you were born in a poor spot of land and I was born in a rich spot of land.

PK: I don't see why we should think about the 21st century as being wedded to the same ideological shackles as the 17th century. There are 300 million people today who live outside of their country of origin, or 300 million "expats." There are more American expats than ever in history — there are 9 million Americans living outside the United States.

You can have multiple identities today. The notion that they have to be exclusive to each other is just a very terrible ideological figment of one's historical imagination.

This article is adapted from interviews that were originally broadcast May 5, 2016.

'It's Surreal': Local Wisconsin Officials Work To Keep Election Safe Amid COVID-19 Outbreak
Environmental Regulators Forge Ahead On 'Forever Chemicals' While Some Work Postponed
COVID-19 Concerns On The Minds Of Lenders As Wisconsin Farmers Apply For Planting Loans
How A Co-Op, Jewelry Box Maker And Makerspace Made Health Industry A Bit Safer
More WPR News

Wisconsin's Election Is Happening After State Supreme Court Blocks Evers
Wisconsin Heads To The Polls Amid Coronavirus Pandemic
You Don't Need To Leave Your Groceries In The Garage For 3 Days
Photos: Wisconsin Voters Cast Their Ballots Despite Coronavirus Pandemic
What To Do If Someone In Your Household Tests Positive For COVID-19. Expert Answers Your Questions