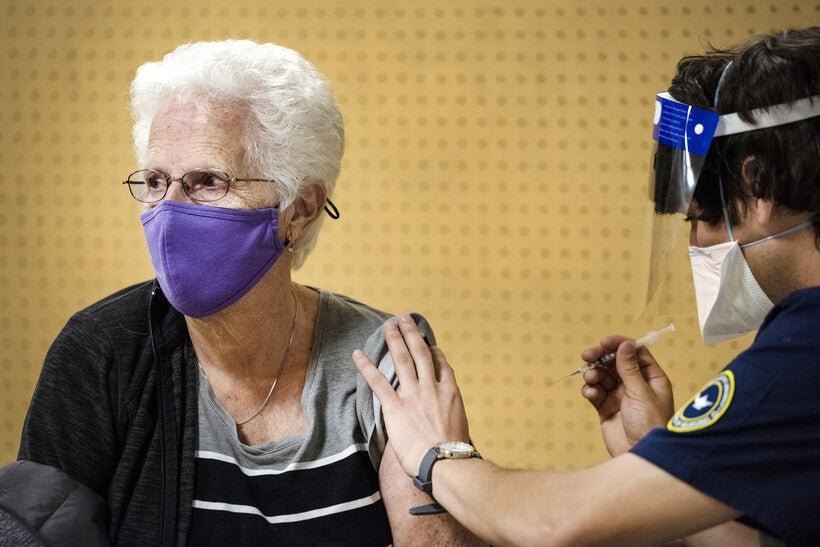 New reports of COVID-19 cases continue to decline in Wisconsin, based on the latest data published by the state Department of Health Services.

DHS reported 733 new cases of the disease Thursday, bringing the average for the past seven days to 658 daily cases. Thursday's average is the lowest that figure has been since July 10.

There were 18 new deaths from COVID-19 reported Thursday. On Thursday, 4,814 tested negative.

But with more contagious coronavirus variants making their way to Wisconsin, public health officials are asking Wisconsinites to remain diligent.

A sixth case of the COVID-19 variant strain B.1.1.7. was identified in Wisconsin Thursday. The individual, from Dane County, had no recent travel history.

"We’ve been expecting to find B.1.1.7 in Dane County, as it has appeared elsewhere in the state over the past month," Janel Heinrich, director of Public Health Madison and Dane County, wrote in a press release. "While this is the first time sequencing has confirmed the strain here, we’ve been operating under the assumption that the variant is present, and that is why we continue to stress that people not let their guard down."

Of the tests for COVID-19 conducted over the past week, 3 percent were positive for the disease, according to DHS. That rate has been declining since early January, with a very slight uptick Thursday. The rate takes into account people who have been tested multiple times.

According to DHS, 1,410,300 doses of coronavirus vaccine have been allocated to Wisconsin by the federal government as of Tuesday, an increase of 258,275 from a week ago. A total of 1,070,199 doses have been administered in Wisconsin as of Thursday, with 43.2 percent of Wisconsinites age 65 and up receiving at least one dose of the vaccine so far. DHS reported that 761,336 Wisconsin residents had received at least one dose, representing 13.1 percent of the state population. As of Wednesday, 288,747 people have received both shots in Wisconsin, completing the vaccination series.

According to the Wisconsin Hospital Association, there were 385 COVID-19 patients hospitalized as of Wednesday. A total of 25,556 people have been hospitalized because of the disease, or 4.6 percent of all positive cases.

The latest figures bring the overall total of positive cases in Wisconsin to 557,722, according to DHS. A total of 6,232 people in Wisconsin have died from COVID-19.

Wisconsin's daily testing capacity — based on the availability of test supplies and adequate staffing — has grown from 120 available lab tests in early March to 59,273 as of Thursday. The number of actual people with new test results reported Thursday was 5,547.