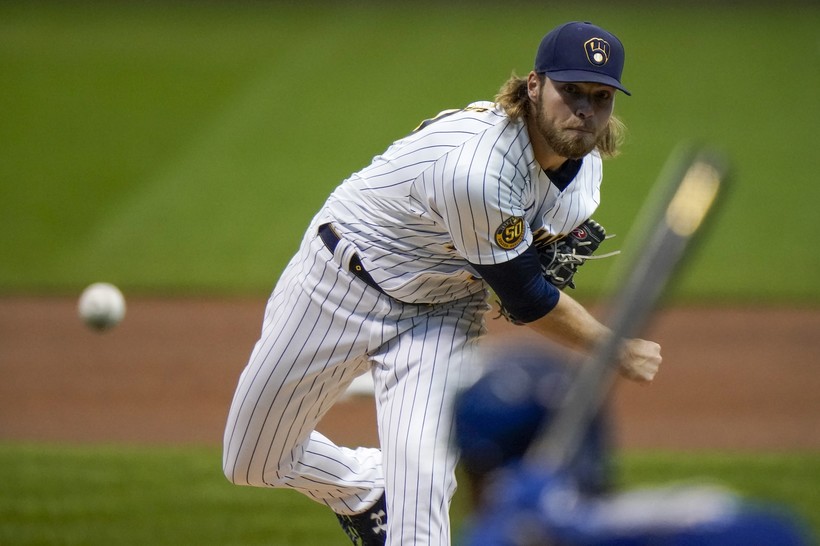 This Weekend Will Make Or Break The 2020 Brewers

The Milwaukee Brewers could stamp their postseason ticket this weekend, or it could be the end of the road.

The Brewers are set to wrap up the regular season with a five-game series against the St. Louis Cardinals, which includes a double-header Friday. Going into Thursday night’s game, Milwaukee is fourth in the division and a half-game back in the messy wild-card race.

On Wednesday night, Brewers manager Craig Counsell said he thinks his team will need to win at least three games this weekend — or more likely four — to reach the playoffs.

Milwaukee’s ace is on the mound Thursday: Corbin Burnes has the second lowest ERA in the National League, behind only Trevor Bauer, who led the Cincinnati Reds over the Brewers on Wednesday night. Kwang Hyun Kim, who is expected to start for the Cardinals, pitched seven scoreless innings against the Brewers when he faced them last week.

Offense has been the biggest issue for Milwaukee this year. The team is hitting .225 and hovering toward the middle of the pack — or below — in most offensive categories.

The Cardinals’ season was thrown for a loop in July when several players tested positive for COVID-19. When it happened, the team was in Milwaukee for the Brewers’ home opener at Miller Park, which was ultimately delayed.

St. Louis is set to play just 58 games this regular season, instead of 60, due to related postponements, though they could go to Detroit on Monday for a double-header against the Tigers if it’s required to determine the division winner. The Chicago Cubs currently lead the NL Central, though the Cardinals are technically still in contention.

At this crucial point in the season, the Brewers and the Cardinals are both coming off series in which they dropped two of three games. Milwaukee had a poor showing against the Reds, who’ve won nine of their last 11 games. The Reds scored 14 runs in the series — all off home runs.

In recent years, the Brewers have excelled in September. Over the last three seasons, they boasted the NL’s best record during the climactic month of the regular season. They’ll need some more September magic if they hope to play baseball in October.

Major League Baseball changed the format of its playoffs this year. Eight teams from each league will reach the postseason: the winner and runner-up from each division, plus two wild-card teams. There are no wild-card games. If the Brewers were to clinch the final wild-card spot, they’d face the top-seeded Los Angeles Dodgers in a first-round, best-of-three series.