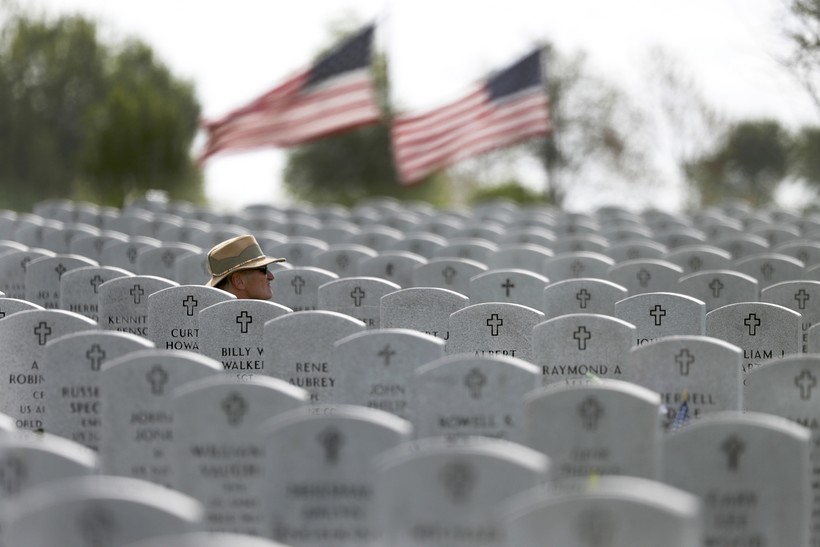 Weekend Roundup: Wisconsin WWII veteran turned 106 this month, and he may be the oldest in the state

There are less than 4,400 remaining WWII veterans in Wisconsin, the Journal Times reports. Though there isn't exact data, officials with the National World War II Museum and the Department of Veterans Affairs believe Pater may be the oldest WWII veteran in the state.

Pater spent his birthday at home surrounded by close friends and family, as well as two visitors from the Veterans Affairs in Milwaukee.

"What an honor," said one of those visitors, Darcie Greuel. "It’s like walking back in time."

Pat joined the U.S. Army in 1939, serving in the Army Air Corps, which later became known as the U.S. Air Force. He was born in Racine.

On Friday, the Wisconsin Department of Health Services announced it supports the Centers for Disease Control and Prevention’s recommendation to allow certain people to receive the Moderna and Johnson & Johnson COVID-19 vaccine booster shots.

For Moderna, those populations are people ages 18 and up who have an increased risk of exposure to COVID-19 or transmission of COVID-19. For J&J, that is people age 18 and up.

The state will be following CDC guidance and offering boosters to people at least six months after receiving their second dose of the Moderna vaccine and at least two months after people receive the single-shot J&J vaccine.

Pfizer boosters have been available for several weeks.

"With three COVID-19 booster dose options now available, our national medical experts have given us additional tools to help stop the spread of the highly transmissible Delta variant and slow the spread of COVID-19 in communities throughout Wisconsin," said DHS Secretary designee Karen Timberlake in the release announcing the decision. "We ask that eligible Wisconsinites be patient as it may take time for everyone who needs a booster dose to get one."

The seven-day average for new COVID-19 cases in Wisconsin is 1,817 as of Friday. The Wisconsin Department of Health Services has confirmed 8,342 total deaths from the disease.

According to a recent update from DHS, in September, there were 2,351 cases of COVID-19 among people who have not been vaccinated. There were 122 hospitalizations and 25 deaths in this group.

There were 513 COVID-19 infections among those who have been vaccinated, resulting in 14 hospitalizations and one death.

Many who work for Epic Systems and those familiar with the company have seen through its alleged commitment to diversity and inclusion. And a recording leaked this week of Epic Systems president Carl Dvorak from a Diversity, Equity and Inclusion Council meeting last summer confirms that speculation.

The recording was posted to Reddit Monday night, the Cap Times reports. The full statement, according to the Cap Times, is as follows:

"I can see that sometimes there's gonna be an effort to be lobbyists or to kind of groupthink, ‘Let's band together and force the company.’ I don't see that as part of a role for DEI. If anything, I actually see this team's partial responsibility is to expunge that from the workplace: refocus people to go to their community efforts around those topics, those issues, but not to allow, or to encourage, or even to turn a blind eye to misuse of company time and resources.

"It's OK to have passions, but not here. This isn't the platform to fight for your social cause. It’s not the platform to fight for your – any cause, really, other than the cause that we come together for work. And, again, this comes from 30 years of watching what happens. There just comes a moment where you have to say ‘Work is work, personal life is personal life.’ You have to say no to a whole bunch of stuff that’s happening ... because although it’s good and interesting and appropriate for your personal endeavors, it’s not part of our endeavor here."

The Cap Times interviewed a dozen current and former Epic employees who all spoke on the condition of anonymity out of fear of retaliation. They expressed disappointment and frustration with the fact Epic Systems claims such efforts through having a DEI council and promoting inclusion to customers, but seems to discourage any DEI work within the company itself.

A jury has acquitted a woman accused of sparking an attack on a Wisconsin state senator who was filming a Black Lives Matter protest outside the state Capitol last year.

Kerida O’Reilly, of Madison, was found not guilty Tuesday of felony substantial battery and misdemeanor disorderly conduct. She was accused of rushing toward Democratic Sen. Tim Carpenter in a move that prompted other people to start hitting and kicking him.

The confrontation left Carpenter with a broken nose and concussion along with numerous bruises and cuts.

Carpenter testified he does not believe O’Reilly struck him after others converged on him, but said she knocked him off-balance.

O’Reilly and a co-defendant, Samantha Hamer, contended they were merely trying to get Carpenter to stop filming the protests.

University of Wisconsin-Madison Chancellor Rebecca Blank announced this month that she'll be leaving the university in May to become the first female president of Northwestern University in Illinois.

So, what's next for UW-Madison? What are students looking for in the next campus leader?

Students told the Cap Times they'd like to see the role filled by someone who's transparent in decision-making, familiar with the campus and the area, and prioritizes students' perspectives.

"I feel like when you become an adult, you almost forget what it’s like to be a college student," junior Sourish Kundu said. "Your perspective changes — sometimes for the worse. But given that the chancellor’s policies and recommendations directly affect college students, I would want them to think about how these policies not just affect finances but also how they affect students who call this university their school."

It's also apparent some don't know exactly what the chancellor's job is. Blank addressed this confusion in a blog post early this year titled "What Does a Chancellor Do Anyway?"

"I have a lot of sympathy for the chancellor position actually," said junior Adam Degler. "No matter what you do, people aren't going to like you. Blank acted as that figure." 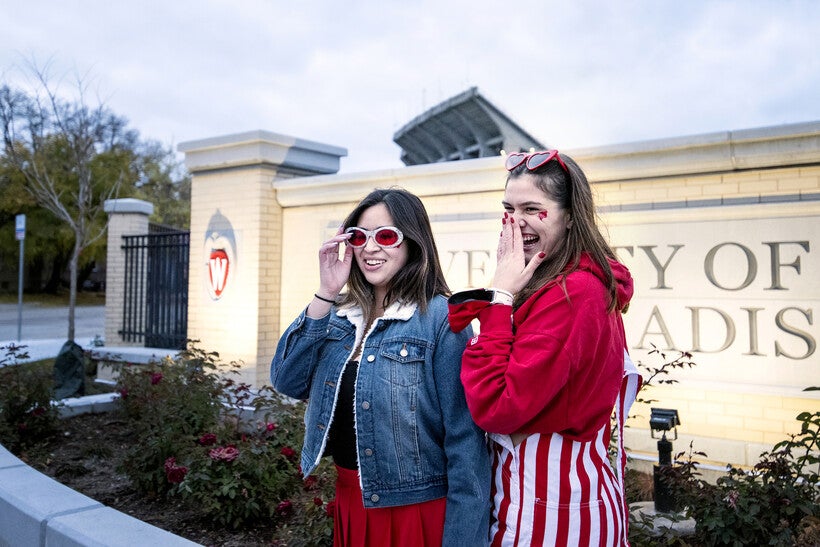 Dasha Kelly Hamilton, Wisconsin's poet laureate, is on a nationwide tour presenting her latest project: demonstrating the history of race and class in the U.S. and all their layers ... of cake.

"Hopefully people will walk away and realize this story of race and class, instituted and all the -isms, is built into everything, even the cake that we share," Kelly Hamilton told WTMJ-TV/TMJ4. "Secondly, I want them to walk away rethinking what they think they know."

She says the performance is a way to encourage collaborative conversations about this history and help figure out "What do I do now?"

The winner of the state's annual Coolest Thing Made in Wisconsin contest is Broadwind Heavy Fabrications's big blue Navy crane in Manitowoc.

The contest is sponsored by Wisconsin Manufacturers & Commerce.

The Navy crane pulled through with 70,000 votes.

The Washington Post spoke to three families — the parents and children — about the conversations they've been having surrounding racial justice, climate change, gun violence and the COVID-19 pandemic's infinite effects, and how those conversations have deepened their relationships.

"I actually think it might be irresponsible to try to protect her from a lot of what’s going on, because I think it’s important that she become engaged in these things, that she become aware and form her own opinions," Sang said. "My role is moving from protection to preparedness."

According to a recent Washington Post-Ipsos poll, 51 percent of teens ages 14 to 18 in the U.S. said they felt this is a bad time to be growing up; 62 percent of parents answered the same. But on a positive note: 96 percent of teens said their bonds with their parents are strong.

"My parents don’t sugarcoat anything. They just say how it is," said Sophie Snow, who lives on the Meskwaki Settlement in central Iowa. "They don’t assure you that it’s going to get better, or that other people are working on solving these problems. It’s like, this is what is happening, and you can either sit there or do nothing, or you can get up and do something."