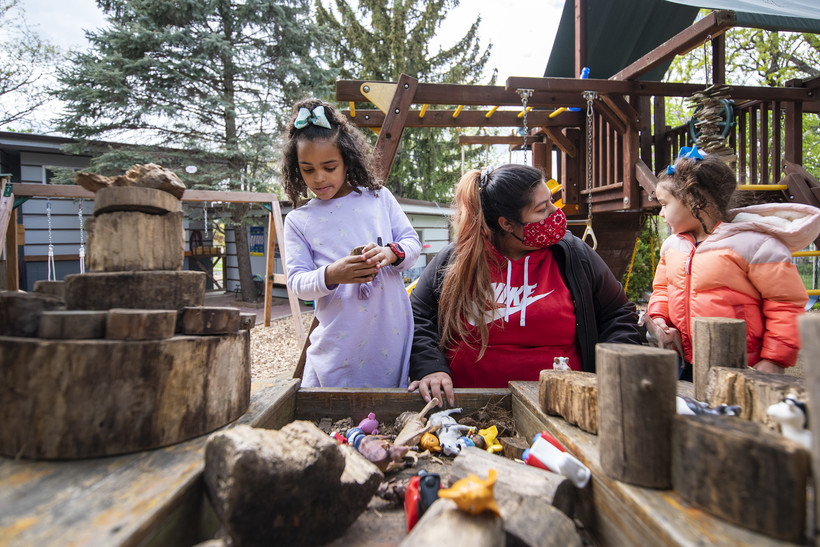 In Wisconsin, the average cost of infant care is 18.5 percent of the median family income — more than most rent payments or in-state university tuition.

The high cost of child care is forcing some parents to leave the workforce altogether, during a time when longstanding labor shortages are only getting worse.

In an in-depth look at child care costs in Wisconsin, the Cap Times' Natalie Yahr spoke to several parents struggling to find affordable care for their children.

Ashlee Xiong is one of those parents. When she researched child care centers, she realized her monthly paycheck would just cover the cost of day care.

"Either way, I felt like it would be a loss. If I continued with my job, I felt like I was going to drive myself to exhaustion. And if I did send her to day care, most of my income would be towards day care anyways," Xiong told the Cap Times.

One way to address the state’s labor challenges is to make child care cheaper, according to economists. Whether it’s through federal legislation, changes to state subsidy programs or employers taking matters into their own hands, stakeholders say fixing child care is key to strengthening Wisconsin’s economy.

The seven-day average for new COVID-19 cases in Wisconsin is 7,301 as of Friday. The Wisconsin Department of Health Services has confirmed 11,062 total deaths from the disease.

Barzen, who spent nearly three decades at the International Crane Foundation, and Schlicht, a former golf pro, are among the volunteers who help with the basic yet important task of counting eagles at up to eight roosting sites every two weeks from early December to late February, the Wisconsin State Journal reported.

Eagle counts have been happening since 1988 and provide "invaluable information" used by the Ferry Bluff Eagle Council to document the numbers and location of the majestic birds but also provide data to local governments, landowners and others interested in eagle conservation.

The data has been used to help determine the timing of eagle releases and evaluate the significance of disease outbreaks and the appropriate time frames for construction projects along or near the river from Prairie du Sac to Spring Green.

And eagles are front of mind this month, thanks to the 36th annual Bald Eagle Watching Days, the state’s longest-running eagle-watching event, which features programs both in person and online. The annual release of rehabilitated eagles from the Raptor Education Group in Antigo, however, was done in mid-December, without a crowd due to COVID-19 concerns.

In 1972, Wisconsin was home to 108 nesting territories. Today, there are more than 1,600, with many of the birds wintering along or near the Lower Wisconsin River, one of three primary winter gathering spots in the state, along with the Fox River Valley and Mississippi River at La Crosse.

"It’s a tremendous success story," said Barzen, who has been organizing eagle counts for 33 years. 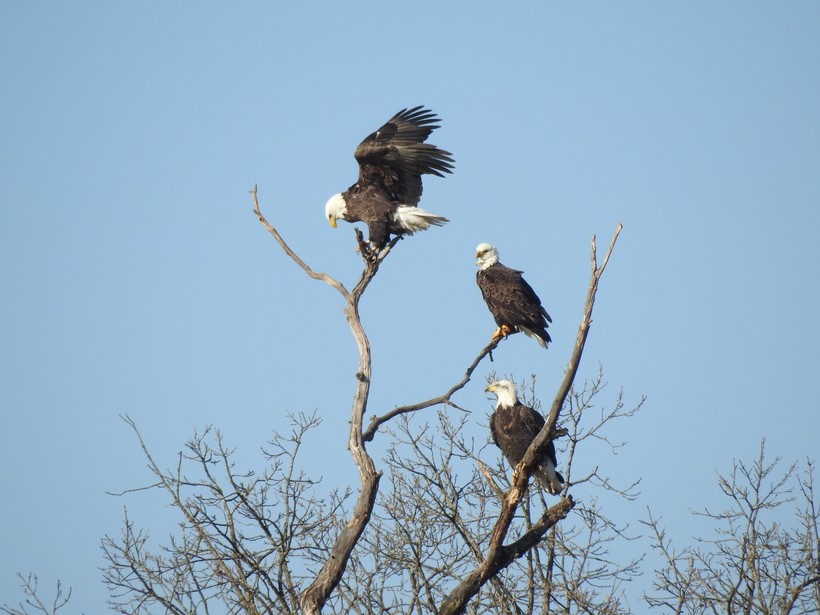 The Illinois-based Center for COVID Control is extending its shutdown until further notice after a slew of complaints came in for alleged fraud and deceptive business practices in its testing facilities.

The company runs more than 300 coronavirus testing sites across the country including 27 in Wisconsin, the Cap Times reports.

Since the complaints began rolling in, FBI agents raided the Centers headquarters in Rolling Meadows, Illinois; Minnesota's attorney general is suing the company, claiming they failed to deliver Covid-19 test results or delivered untimely or falsified test results; and the Better Business Bureau of Chicago and of Wisconsin has launched an investigation into the company, which the Better Business Bureau of Minnesota and North Dakota have since joined.

"The complaints range from concerns over a lack of PPE worn by the staff, to issues with what appear to be fraudulent or mishandled test results," Morgan Finke, a spokesperson for Public Health Dane County and Madison told the Cap Times.

To report a complaint, you can contact the state Department of Health Services at 1-877-865-3432 or report them online.

State and local health officials are turning to another source for data on the spread of the COVID-19 in Wisconsin: wastewater.

According to a report by the Eau Claire Leader Telegram, researchers are looking for the virus' genetic material in waste, including fecal matter, shed by humans. They are collecting and testing the water at wastewater facilities.

Officials with the Wisconsin State Laboratory of Hygiene told the newspaper that "scientists can get a 'snapshot' of the virus' spread within the community as a whole."

Eau Claire is participating in this statewide effort. Workers at the Eau Claire Wastewater Treatment Plant are taking samples twice a week and performing tests. They then ship those samples to the state laboratory.

Ty Fadness, utilities chemist for the city, told the newspaper that local officials are closely watching the data obtained from these samples.

The company confirmed Monday that it had received letters expressing interest in acquiring the company, saying Kohl's board "will determine the course of action that it believes is in the best interests of the company and its shareholders. Shareholders are not required to take any action at this time."

Kohl's has around 4,000 headquarters employees in Menomonee Falls, and around 8,000 employees statewide.

"Do illegal homeless camps generate crime? It's a sensitive question, but one that's becoming politically urgent in cities where pandemic-era tolerance policies have allowed the camps to sprawl into more visible areas," wrote NPR.

This scenario mirrors a "chicken or the egg" question: Does an area have less resources, and thus more crime, because there's a homeless population located there? Or is it that homeless shelter locations and encampments are designated to areas of town that receive little support?

There's also little data on the issue, in part because unsanctioned camps oftentimes move around and aren't easily tracked.

But a study from Seattle Pacific University managed to put some of this data together.

"It's the only sort of data set of this kind that I've ever seen — in a place where you also have reasonably good data on crime," said Charles Lanfear, a quantitative sociologist at the University of Oxford.

Lanfear explains that the data indicates, on average, an increase in structures for those experiencing homelessness does not correlate to an increase in property crime — though every area is different and faces a range of factors.

One former Seattle police officer says one reason for the lack of correlation could be a decrease in reporting crimes. Carol Cummings, who is a recently-retired suburban police chief who's lived in Seattle for decades, said that her neighborhood has seen rapid growth in encampments for those experiencing homelessness, but many people in the area "seem to have given up on calling the police," according to NPR.

In Wisconsin, the pandemic has exasperated an already-apparent housing crisis.