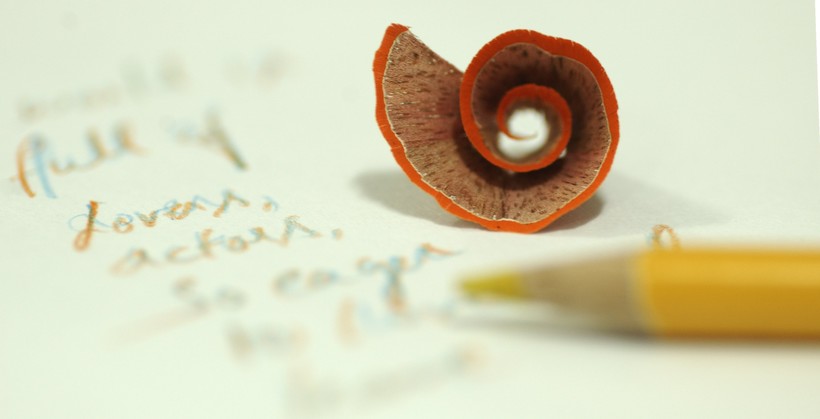 A poem. Pankaj Kaushal (CC BY)

Mya Koffie is a junior at Appleton North High School, where she founded and leads the school's poetry club. She says poetry is how she's able to feel brave while so much in today's world weighs on students like her.

"In writing, I find a way to exist in a way the present moment does not always allow — fully, bravely," Koffie told the Post Crescent.

There are about 15 club members. Koffe says a lot of their work addresses suicide and mental health, topics that are personal to her. "It's in her poems where she can address the complications of sexual assault, her identity as a multiracial young woman and oppressive forces within anti-LGBTQ legislation and the killing of unarmed Black people," writes the Post Crescent.

On May 26, the poetry club hosted a showcase highlighting poetry's connection to activism, which included readings from students. Through the showcase's ticket sales, concessions and donations, the club donated $250 to the nonprofit Prevent Suicide Fox Cities.

"Poetry has always given me a way to hold the truths that feel too dangerous to speak out loud — the words I have no way of holding," Koffie said.

The seven-day average for new COVID-19 cases in Wisconsin is 1,639 as of Friday. The Wisconsin Department of Health Services has confirmed 13,058 total deaths from the disease.

This year is the 50th anniversary of the Dane County Farmer's Market, and to celebrate, market organizers are asking you to share your favorite recipes.

The recipes will be used to create a cookbook that will feature up to 150 recipes in a 200-250 page book, reports the Cap Times. Little Creek Press plans to publish the cookbook by next spring.

Submitters can enter five or fewer recipes, and are encouraged to include their story behind each one.

The theme of the book is: shop local, cook global.

Terese Allen, a longtime food writer and historian in Wisconsin, is heading the editorial component of the cookbook project alongside Ted and Joan Ballweg, who own Savory Accents.

"We want to express both how the market community has grown and expanded to a wider and more multicultural community, and we want to showcase the ingredients themselves," Allen told the Cap Times.

The cookbook's publication is funded by the Dane County Farmer's Market, and the book will likely retail for around $30. 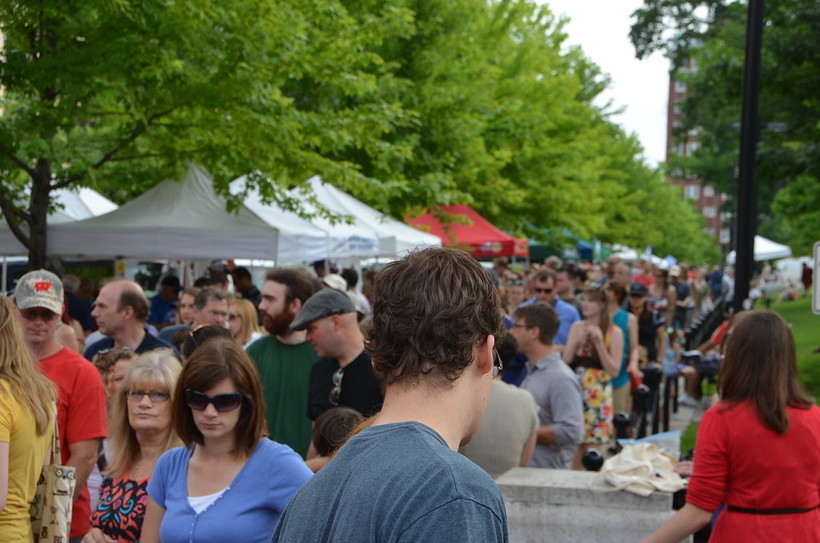 The coronavirus pandemic will likely prevent crowds like this one from the Dane County Farmers' Market. afagen (CC BY-NC-SA 2.0)

Tourism in Wisconsin recovered significantly last year after the pandemic prompted so many to stick close to home the past couple of years, according to state officials.

The La Crosse Tribune reported that in 2020, the pandemic cost the state of Wisconsin billions of dollars in lost tourism revenue. "Hotels, waterparks, stadiums, restaurants and many other Wisconsin attractions" saw low attendance numbers the past two years, but there were signs that visitors are returning to the Badger state.

The newspaper reported that direct tourism spending in Wisconsin jumped by 31.1 percent to $12.9 billion and the "overall economic impact of tourism hit $20.9 billion," which is an increase of 21.2 percent. Those figures come from an annual study commissioned by the state Department of Tourism.

Officials said they "believe the record 2019 mark of $13.6 billion in direct spending and $22.2 billion in overall economic impact will likely be attained before the end of the year."

A divided Wisconsin Supreme Court says the state health department can release data on coronavirus outbreak cases, information sought two years ago near the beginning of the pandemic.

The court on Tuesday ruled 4-3 against Wisconsin Manufacturers & Commerce, the state’s largest business lobbying group. It had sought to block release of the records requested in June 2020 by the Milwaukee Journal Sentinel and other news outlets.

The state health department in the early months of the pandemic in 2020 had planned to release the names of more than 1,000 businesses with more than 25 employees where at least two workers have tested positive for COVID-19.

The Madison school district is one of many districts across the country dealing with supply chain issues that are affecting the ability to feed its students.

These shortages have caused delayed deliveries on several products, leaving schools in a bind given federal nutrition requirements and the logistics of feeding thousands of children two meals each day, the Cap Times reports.

Nichele Smith, the district's food and nutrition director, told the the Cap Times they often found out the day of that they were short crucial ingredients for breakfast and lunch.

"Now you literally pull it from inventory to create meals at that point, that's how disruptive it was this year," Smith said. "But I'm predicting that it'll be a little better next year, I really am. I'm praying it's a little better."

One teacher, who asked the newspaper to remain anonymous, said the cafeteria woes have made its way into the classroom.

"Trying to teach kids after this is all they have to eat is a huge challenge," the elementary school teacher said. "So many kids in Madison heavily rely on our meals."

An experimental immunotherapy treatment has so far proved 100 percent successful in patients with early stage rectal cancer with a specific type of immune deficiency, according to The Washington Post.

The small trial treated 14 patients with nine doses of dostarlimab. That drug specifically targets cancer cell proteins that can shut down the body's immune response to the cancer. This treatment is effective for people with mismatch-repair deficiency, an inability for the body to fix abnormalities that occur during cell division. The deficiency is seen in about 5 to 10 percent of all rectal cancer patients.

"I don’t think anyone has seen this before, where every single patient has had the tumor disappear," Andrea Cercek, an oncologist with Memorial Sloan Kettering Cancer Center in New York and lead author of the study, told The Washington Post.

The Post reported that after six months of treatment, the "knotty, discolored tumors instead revealed smooth, pink tissue." After receiving the treatment, none of the patients needed any follow-up with chemo-radiation or surgery.

The patients will be monitored for several years to see if the tumors return.