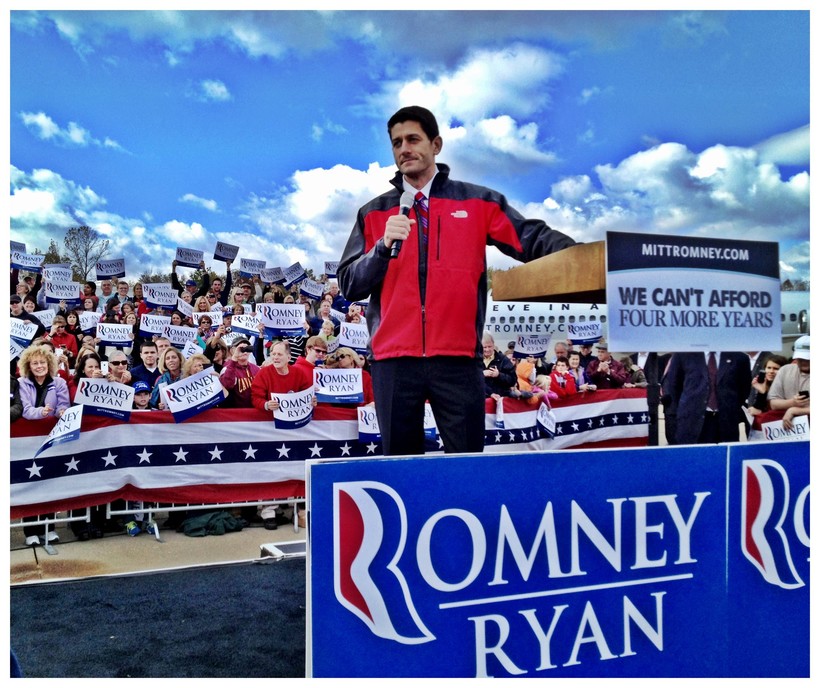 Week In Review: Is Paul Ryan The GOP Frontrunner For President In 2016?

For people who dig the 2016 U.S. presidential horse race, here’s another heaping serving of food for political thought: A blogger with Mother Jones magazine said U.S. Rep. Paul Ryan of Wisconsin is the odds-on favorite to win the Republican nomination.

Writer Kevin Drum cited Ryan’s recent anti-poverty outreach trips that “always manage to be just heralded enough to get sympathetic press coverage.”  Drum also noted the budget deal that Ryan worked out with U.S. Sen. Patty Murray, D-Wash., and his points for “intellectual honesty” regarding a new Congressional Budget Office report on Obamacare -- that the report didn't say that employers would be cutting jobs.

Drum wrote that Ryan has been able to keep the members of the Tea Party movement happy while building up support from moderate voters.

“I think he would be a fantastic candidate,” said former state Rep. Michelle Litjens, R-Oshkosh, on Friday’s “Week in Review” segment.

Drum also insisted that New Jersey Gov. Chris Christie is “toast,” that U.S. Sen. Marco Rubio, R-Fla., is “inexperienced” and that former Florida Gov. Jeb Bush “can’t even get his mother’s endorsement.” Then, there’s Gov. Scott Walker, who Drum admits is getting buzz and is a serious candidate, but “has too much baggage.”

“I think a lot of the big-money, conservative donors would look to Ryan,” said Fallone.  He’s been a vice presidential candidate, he’s been on that stage, he’s been vetted, he’s performed at a high level.  I think he would be a safer bet for their millions of dollars.”

Fallone, an associate professor of law at Marquette University, added that donors might not be convinced that Walker and his staff are ready for “prime-time.”

Litjens also suggested that Ryan’s wife and three children might wind up keeping him out of the fray.

“He still has young kids.  I don’t know if he wants to put his family through a presidential campaign again,” she said.

For those scoring at home, Election Day is just 1,004 days away.

Editor’s Note: The “Week in Review” can be heard each Friday at 8 a.m. on the Ideas Network of Wisconsin Public Radio.