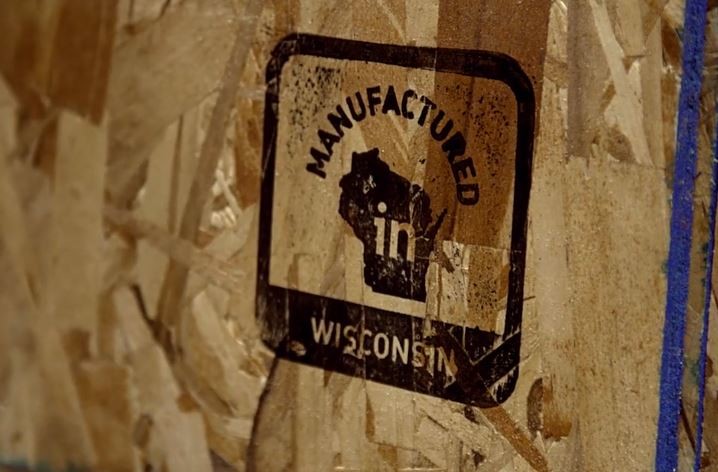 Still from an In Wisconsin branding video.

The state's jobs agency has launched a variety of "Made in Wisconsin" labels to help tout and promote products built in the Badger State.

The Wisconsin Economic Development Corporation rolled out the stamp last month to help Wisconsin companies market the origin and quality of their products, and it’s off to a fast start, said Kelly Lietz, WEDC’s vice president of marketing.

Three companies are piloting the stamp with another 40 companies having already applied, said Lietz. There is no cost to use the certification mark and the application process can be done from the initiative’s website.

"Across the board, (companies) indicated that saying 'Made in Wisconsin' is saying more than where their products are produced. It really speaks to the attributes itself. They stressed that 'Made in Wisconsin' communicates things such as quality and honesty and a strong work ethic that separates their companies from their competition," said Lietz.

The businesses currently displaying the logo include a dairy products firm in Bloomfield, a tech startup in Appleton and an engine-building company in Sussex.

"That demonstrates the versatility of the program as well as the geographic reach. There’s interest from all areas in the state as well as a wide variety of manufacturing and other types of companies," Lietz said.

WEDC offers a variety of labels depending on the business, including "made," "manufactured," "produced," "built in," "grown," "invested," "designed," "engineered" and "brewed" in Wisconsin.

The initiative really started back in 2012, said Lietz, as WEDC introduced the "In Wisconsin" brand to provide a platform to promote the state's business climate.

"At the time I described the 'In Wisconsin' logo as a simple idea with a lot of potential. And the 'Made in Wisconsin' program is one of the ways we’re fulfilling that potential," said Lietz.

Learn more about the program by watching the video below: