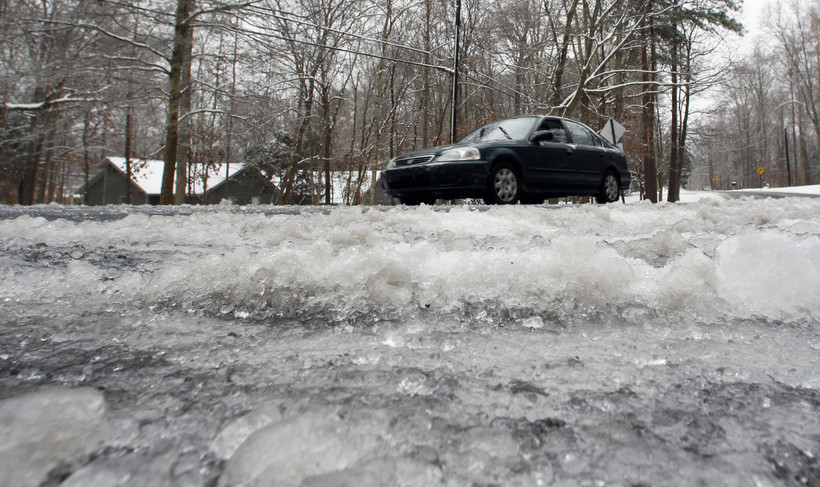 State Advises Against Driving In Much Of Northern, Central Wisconsin
By Brady Carlson
Share:

The state Department of Transportation said drivers should not drive through much of northern and central Wisconsin because of persistent ice on roadways.

Jeff Last, warning coordination meteorologist for the National Weather Service in Green Bay, said ice has developed even in parts of the state where temperatures were above freezing.

"Because of that cold, arctic blast we had last week, the road temperatures remained at or below freezing for many locations," Last said. "So when the rain hit the roads, some ice formed and it was quite hazardous."

(1130 AM Update) Heads up!!!! “Travel Not Advised” continues per Wisconsin
DOT on many highways late this morning across northern WI. Use extreme caution if you must drive on the highways! pic.twitter.com/TBgsSJgsoS

As of 1:20pm, many roads are completely covered in snow/ice, and WIDOT is advising no travel in parts of northern Wisconsin due to icy roads. Latest conditions: https://t.co/Uj6HX78pus (MN) / https://t.co/LB8nIM1wfj (WI) #MNwx #WIwx pic.twitter.com/Kpdmq6JaGR

The DOT said ice can be especially problematic on lower-traffic roads, as well as ramps and bridges.

The wet weather has been tapering off in many areas, but forecasters expect temperatures below freezing across the state Monday night into Tuesday morning.

Last said the forecast over the next few days isn't likely to make driving much easier.

"We're looking at a couple other weather systems," he said Monday. "Perhaps some more snow tomorrow evening into Wednesday, and maybe some more on the weekend."