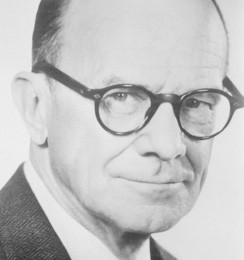 We Should Hear More

He was a composer and he was a critic. So sooner or later Deems Taylor would face a conflict of interest, and, when the moment arrived, he had to figure out a graceful way to review his own piece of music.

Henry Hadley had recently been appointed the associate conductor of the New York Philharmonic, and, being an American composer himself, Hadley wanted to include in each concert he conducted at least one work by a living American composer. In 1922, when the New York Philharmonic became the orchestra in residence for the city’s first outdoor summer concert series, he was in charge of a stadium concert each night for six weeks.

Hadley wanted at least twelve works by living American composers for the concerts that he was to conduct personally, and among those he asked to provide music was Deems Taylor, who sent over a revised version ofSiren Song, which he had written about ten years previously, a piece that had won the top award of the National Federation of Music Clubs.

When Hadley conducted the premier of the piece, Taylor was in Europe, but Hadley liked Siren Song so much that he included it in a second concert in Carnegie Hall six months later.

Now Taylor was on the spot. Should he review his own piece of music?

In his review for the New York World on January 12, 1923, he fell back on a fact that he remembered from his days at NYU. He quoted George Bernard Shaw, who stated that human beings are renewed every seven years, so that  reviewing a decade-old piece, was, in effect, evaluating the work of another person entirely, “a posthumous work, written by a young man.”

He faulted the piece for its lack of well-defined individuality, but suggested that it nonetheless had a certain simplicity and freshness.

“On the whole,” he wrote, “Siren Song interested us. We should like to hear more works by the same composer.”