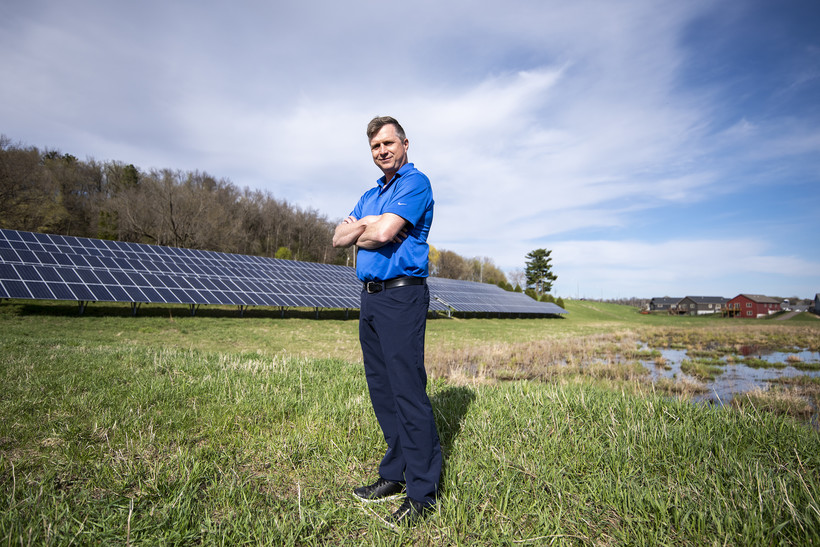 'We Need To Act Now': This Small Wisconsin City Is Boosting Its Use Of Renewable Energy To Fight Climate Change

As the country marks Earth Day on Thursday, President Joe Biden is announcing a new climate goal to reduce emissions and reverse Trump administration policies. In Wisconsin, Gov. Tony Evers has set a goal for the state to go carbon-neutral by 2050 — a benchmark scientists warn needs to be met to prevent the worst effects of climate change, even if it's a challenging one.

But in a corner of western Wisconsin, the small city of River Falls has made significant strides on its own over the last decade to reduce its use of fossil fuels and make the community as green as possible.

Just off a busy highway, some 800 solar panels are lined up near one of the city’s business parks. Built in 2015, it's the state's first city-owned solar garden. And the 254-kilowatt solar array is just one part of the city's clean energy mix. Located on the Kinnickinnic River, it also uses a small amount of hydroelectric power. 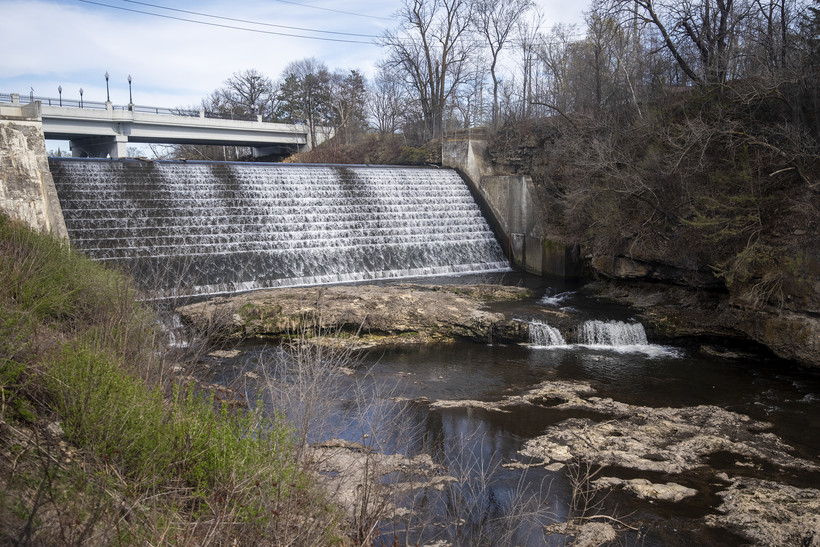 For an extra $3 per month, people can buy renewable energy through a city program that aims to cut back the amount of power produced by fossil fuels, said Mike Noreen, the city’s conservation and efficiency coordinator. The power sector accounts for the second largest share of greenhouse gas emissions due mostly to burning fuels like coal and natural gas.

"Renewable energy — we're going to have to go there, and we can't say we're going to do it in 2050," said Noreen. "We have to do it now, and these are all options you can do right now."

River Falls has set its own goal to have 21 percent of customers taking part in its renewable energy program by the end of this year. In 2019, only the public utility in Portland, Oregon, had a higher share of customers taking part in green pricing programs than River Falls, according to the most recent report from a national lab of the U.S. Department of Energy. But, spurring people to action to combat global warming can be a challenge.

Focusing on the potentially devastating impacts of climate change may demoralize people and cause them to distance themselves from the problem, said Dominique Brossard, professor and chair of the Department of Life Sciences Communication at the University of Wisconsin-Madison.

"Just having a one-size-fits-all, fear-based type of messaging, obviously, it's not working, because if it was working, we would have more people that would do something about it," said Brossard. 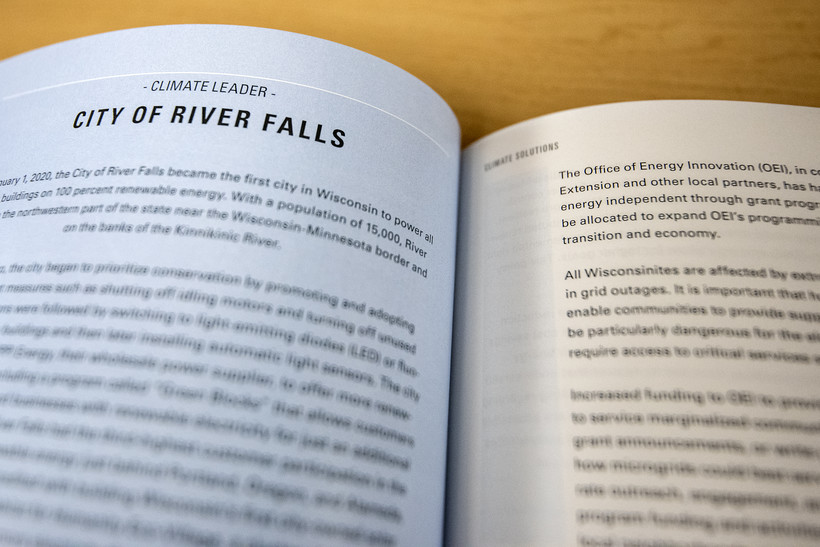 Brossard said strategies based on hope have proven successful in sparking action to address climate change. But, some researchers have argued emotions shouldn’t be viewed as levers that can be pulled to get people engaged. She said climate communicators need to find the best way to reach people where they are and address their concerns.

That’s what officials have done in River Falls. 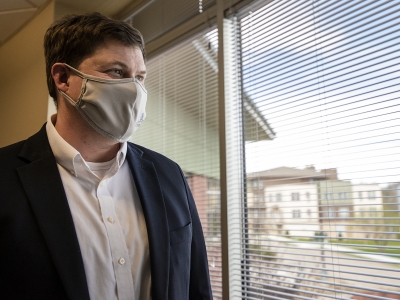 The city’s administrator, Scot Simpson, said they’ve set goals and exceeded them through consistent support from the community and their power supplier.

"It’s kind of a mixing pot of a lot of positive qualities, positive energy, can-do spirit, to find ways to do things, and courage to say, 'It's OK if we're the first to do something,'" said Simpson.

For Tony Small, owner of Gentz Barbershop in River Falls, the thing that motivated him to pay more for renewable energy is wanting to do his part to take care of the Earth for his loved ones. 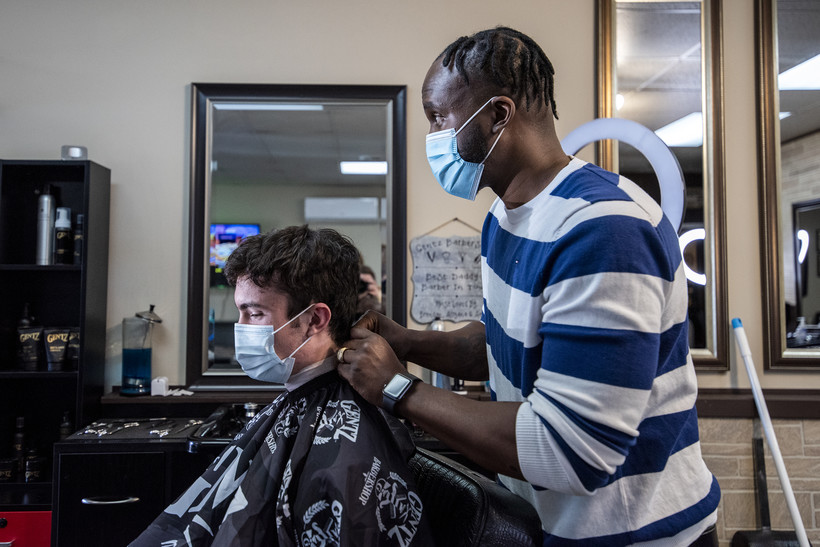 Scott Eickschen said his faith and passion for conservation motivated him to pay more for renewable energy. A self-described moderate conservative, Eickschen said it also makes sense for his business as the owner of the Country Inn in River Falls.

"The entire hotel industry as a whole — it’s a very big energy consumer. You get weak in the knees sometimes when you open that energy bill and make that payment," said Eickschen. "So, it's in my best interest as a business operator to continue towards sustainability."

As the cost of solar comes down, Eickschen hopes to install solar panels on his business. For now, he thinks buying renewable energy is a step in the right direction. Meanwhile, Small said he feels optimistic after taking part in the program.

"Doing nothing will allow us to get nothing — nowhere," said Small. "So, I feel like this is a great opportunity to take heed and see what we can do to make these necessary changes."

Whatever motivates them, Noreen, the city conservation coordinator, said they’re trying to meet people’s needs to encourage them to take part in the program because science has shown there’s no time to waste. 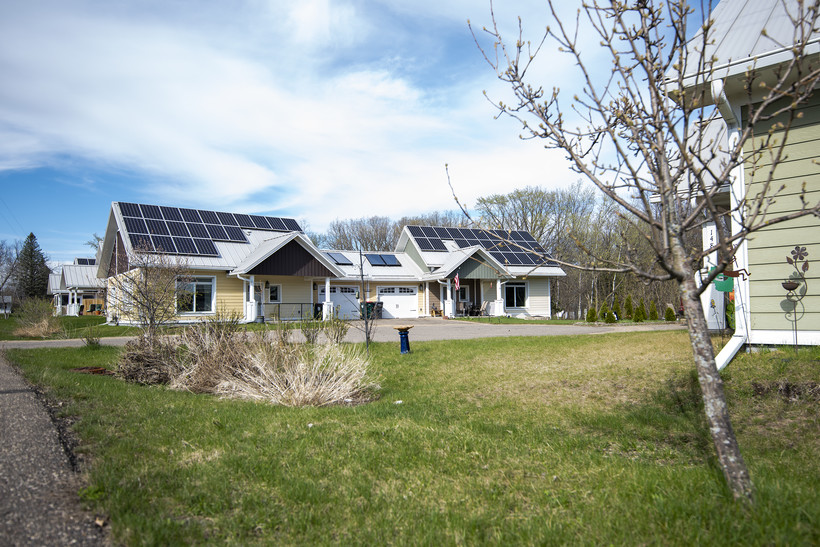