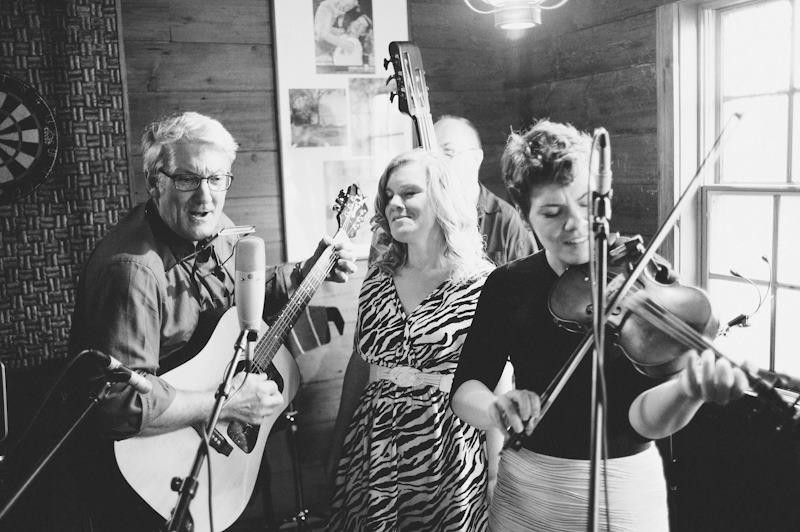 We Learn The Music From Others

The Krause Family Band Shares Their Song 'The More I Learn, The Less I Really Know'
By Dan Robinson
Share:

Learning and inspiration can strike us from anywhere and from anyone. The Madison-based Krause Family Band has taken what they’ve learned from others and passed it on with their family’s music.

Back in January 2014, they were in WPR’s studio playing music and talking with Stephanie Elkins. Dad Rick and sisters Katie and Ruthie make up the core of the band, and they were joined that day by the group’s fourth member, Scott Wright.

The band got its start with Katie and Rick singing at weddings, and Ruthie joined later on fiddle and vocals.

"When I got old enough," Ruthie said, "I got to start adding in harmonies and stuff and started playing the violin in fourth grade orchestra." She also credits her "wonderful" violin teacher, Chris Wagoner, for her playing. But, she added, "That was painful for my dad to listen to." Rick quickly added with a smile, "It was actually joyous and painful at the same time."

Rick went on to tell the story of when he tried to learn the fiddle.

"The funny thing about Ruthie playing the fiddle. It wasn’t as painful as me playing" he said. "When Ruthie was like 2 years old, she called everything a song, you know. So, if I'd play harmonica, she'd go grab it and say, 'Play that song, Daddy.' Or she'd get my guitar out and say, 'Play that song.' So, I had the violin, and I said, 'I’m gonna try and play this fiddle.’ … I got it out and I'm scratching away and it's so painful to try to play and listen to. And Ruthie looked up at me, with her 2-year-old eyes and said, 'Put that song away, Daddy!' I said, 'I'll put it away, but then you have to learn to play it when you get older.' And I'm grateful that she did.”

The music in the family, however, stretches back two generations. "My mother, you know, her people are from the southwest area of Missouri, and we used to go spend time down there," Rick recounted. "I never heard my granddad play the fiddle. He passed when I was 7, but we have a picture of him playing. He used to play barn dances down there in Missouri with that Missouri-style fiddling."

Rick’s mother played piano and sang, but he was also influenced by all the music that was present around the Kansas City area where he grew up.

"My dad liked good old honky-tonk country music," Rick said. In the tavern his dad had, called the Santa Fe Bar and Grill, "They also had old blues, old Count Basie, who had a pretty good stint in there, and Jay McShann, you know, and some old just great Kansas City-style kind of blues, jazz, jump music."

Another influence on Rick in his early years was a man he knew growing up, and Rick was thinking of that person when he wrote the song, "The More I Learn, The Less I Really Know," which appears on the "Simply Folk" 40th anniversary album and can also be downloaded above.

"Thinking about when I was a kid, there was an old fella … a guy that when you're a kid, you go listen, and he’d play guitar and get a little jugged up on Old Crow or whatever. But he was kind of a spiritual guide, too."

The music and the inspiration behind it can come from a lot of different sources — from private teachers and public schools, from parents and grandparents, and sometimes from places and people you’d never expect.