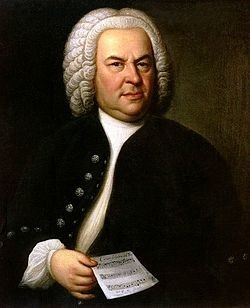 In 1736, when a position opened for an organist at St. Mary’s in Mülhausen, Bach put in a good word for the twenty-year-old Bernhard, who was impressive enough at his audition to get the job.

Much like his father thirty years earlier, young Bernhard had a way of annoying church officials. One of them complained that his overlong preludes cut short the time available for the services, and another warned, “If Bach continues to play this way, the organ will be wrecked in two years and most of the congregation will be deaf.” They later suggested that the organ be checked for damage.

With shaken self-confidence, Bernhard asked his father to help him find another job, and the result was another church organist position, this time in the village of Sangerhausen.

After less than a year in the new job, Berhnard disappeared, leaving behind debts that a Herr Klemm called to Sebastian’s attention.

In a letter of May 24, 1738, Sebastian reminded Klemm that he had already paid several of his son’s debts and added:

So you will understand that I am distressed to learn that he has again been borrowing money on all sides, has in no way changed his lifestyle, and has taken off without giving me the least idea of his whereabouts. What more can I do or say, my warnings having been ineffective and my loving care having accomplished nothing? I can only bear my cross patiently and commend my wayward boy to God’s mercy.

Bach asked that the position be kept open until the young man’s return, but Bernhard showed up next at the University of Jena, where he planned to study law.

Less than a year later, the story of the wayward Bach ended when he died of a fever at age twenty-four.