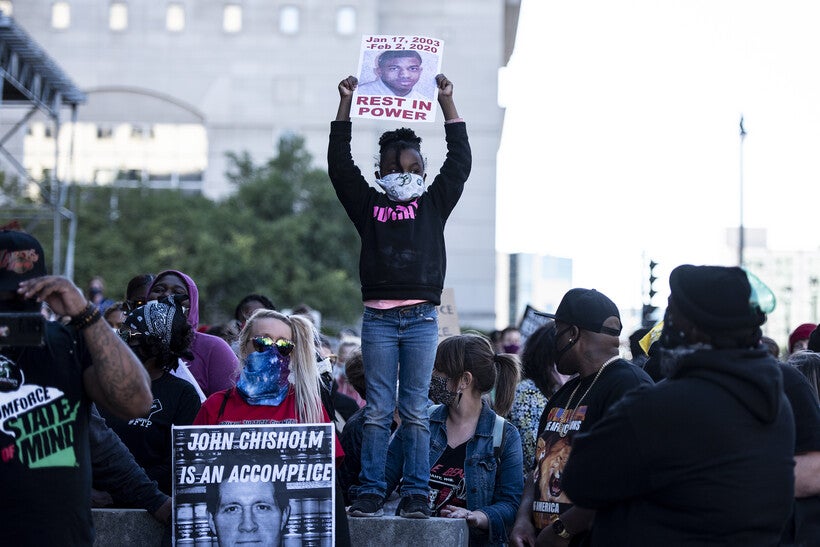 5-year-old Hae'Venn Hardwick holds a sign in a crowd of protesters Wednesday, Oct. 7, 2020, outside of the Milwaukee County Safety Building. Angela Major/WPR

Milwaukee County DA Announced He Would Not Charge Mensah Last Week
By The Associated Press
Share:

The police chief of Wauwatosa, where protests and unrest have followed last week's announcement that an officer was cleared of criminal wrongdoing in the fatal shooting of a Black teenager, says he sees no reason why the officer should be fired.

Wauwatosa police Chief Barry Weber said during an online news conference Monday he disagrees with an independent investigator's report that Officer Joseph Mensah should be fired because he has shot and killed three people during his five years on the force, and is too great a risk to shoot someone else.