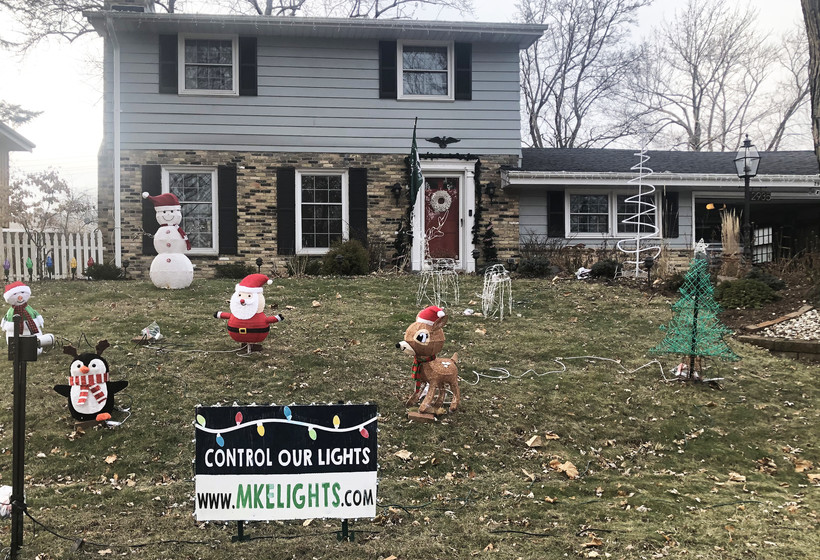 A view from the front yard of Mike Walczak's home in Wauwatosa, with lights that anyone from around the world can turn on and off. Photo courtesy of Mike Walczak

Wauwatosa Man Programs Christmas Lights To Be Controlled By Anyone

As Many As 200 People Have Tried Controlling The Lights At Once
By Elizabeth Dohms
Share:

To make that possible, Walczak developed a software program that has users triggering lighting switches on Walczak's website.

Some of the classics from when he started this in 2017 are still around: the deer duo, a big Frosty the Snowman and the icicle lights. Newer ones include a Christmas tree, little snowman, as well as lights on the front bushes, door garland and many more. There are 16 different elements that users can control.

"The originals ... are probably always going to be my favorites," he said.

Walczak's website features feeds from webcams that show the lights changing as users adjust the settings. This is the first year that Walczak has put out a second camera, and he's hoping that'll expand the sight range and give him the ability show even more decorations. 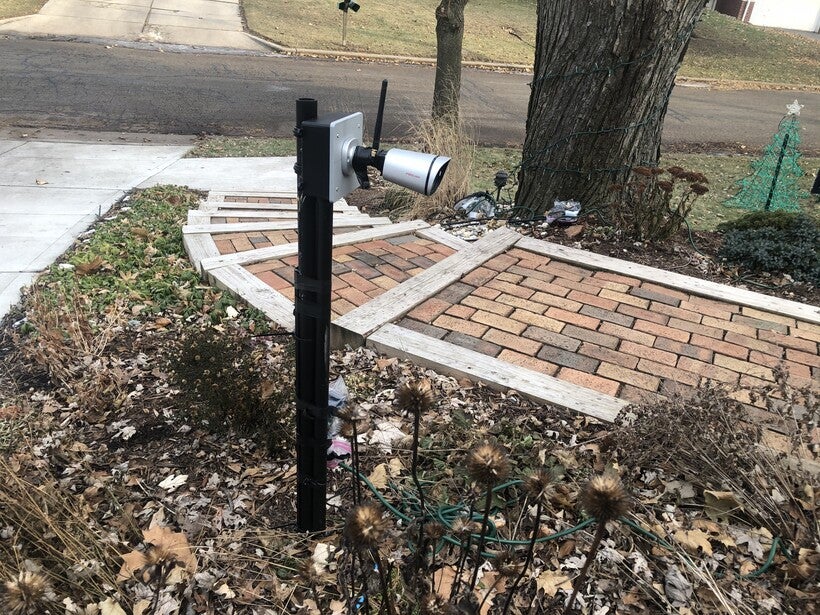 A camera set up in the front yard of Mike Walczak's home sends a live feed to mkelights.com, where people can watch as they change the lights. Photo courtesy of Mike Walczak

"There's a lot of different types of cams that you can access with the internet, but there's not a whole lot that you can be interactive with," he said.

"The neighbors that I know all think that I'm crazy, but not necessarily in a bad way," he said. "They enjoy it, too."

When Walczak first started his lighting project, he would come home from work and see that maybe a light had been turned on or off while he was away. Last year, he would occasionally see some changing lights while outside or while looking out his window.

This year, the maximum number of people using the website at once was 200. Admittedly, Walczak said although the server that receives the requests to turn the lights on and off can handle the number of users, that many users isn't necessarily ideal.

"When you have a finite amount of lights to turn on, there's only so much you can do with 200 people on at once," he said.

The best experience is when there are about 10 users at a time, Walczak said, noting that people do definitely get into "light fights" by immediately responding opposite to the lights going on and off.

"The people that I know from work or other friends, they will often tell me that they'll compete with people elsewhere," Walczak said. "Even myself, sometimes I play with it. I'll turn something on and I'll see somebody immediately turn it back off."

If you give it a try and you're not seeing your actions take effect, Walczak said just try again in 15 minutes. 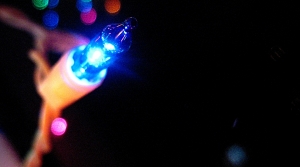 A Wauwatosa man is encouraging people to not only check out his Christmas lights display, but to control them via the internet. He tells us about his special project and how people can take over the fun.