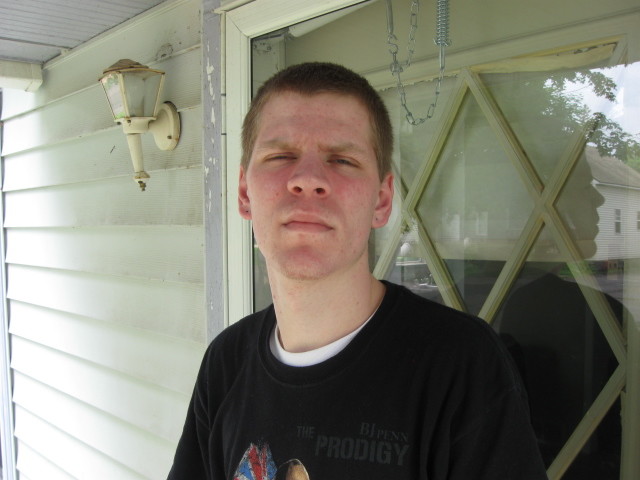 Wausau Man's Reflections On Heroin Addiction: 'Every Bone In Your Body Hurts'

The alarming increase in heroin use across Wisconsin is being linked to the abuse of prescription opiates like OxyContin.

Three years ago, heroin suddenly showed up in small cities and towns across Wisconsin. In Wausau, Marathon County Sheriff's Lieutenant Gary Schenck can pinpoint the week it happened.

"In 2010, they did a reformulation of oxycodone - OxyContin - and they put a time release onto that drug," said Schenk. "When they did that, it took away the high for people that were abusing the prescription, and within a week or two we started seeing an influx of heroin come into the community."

Twenty-five-year-old Luke Sliwicki remembers that week in 2010 when he and other prescription opiate users had their supplies cut off, and another opiate - heroin - came rolling in.

"I saw a lot of people that just went crazy over it," says Sliwicki. "It was almost like their drug addiction started all over again."

Sliwicki knows something about addiction. He started smoking marijuana at the age of 14. By the time he got out of high school, he was snorting and shooting OxyContin.

"It's funny, because growing up like everybody else, I never thought I'd be shooting up anything," says Sliwicki. "But it's that devil inside you, that addiction."

That devil inside could be good to Luke Sliwicki: "It's just a painless, worriless, free feeling. Like being a little kid again, and being pure."

That devil inside could also be very, very bad: "Every bone in your body hurts. You're throwing up. You have diarrhea. You can't eat. You're hot and cold. You can't sleep."

Sliwicki knows what desperate people will shoot in their veins when that devil gets hold of them.

"You know people that can't wait - they need it right then and there," he says. "They'll go outside in a puddle and suck up water - in bathrooms, out of toilets, out of dirty sinks."

The desperation of heroin and OxyContin addicts is no surprise to drug prevention specialist Sue Nowak, who says the two drugs are cut from the same opiate cloth. "I think if you want to help someone you've got to get at the 'why'," she says.

The "whys" for Luke Sliwicki are many: He watched his 19-year-old brother commit suicide, and the person he was closest to, his mother, died right before his son was born.

"Right after that I went on, like, a two-week bender. Just before my son was born, that's when I admitted myself to the Wausau Health Services methadone clinic."

Now, Luke Sliwicki is trying to turn his life around for his two-year-old son Carter. "He's the most important thing in my life, says Sliwicki. "If it wasn't for him , I can honestly say I probably wouldn't have changed."

Sliwicki watches Carter during the day, and then returns to the Marathon County jail at night, where he's serving a nine-month sentence. The boy's mother is also behind bars on a heroin conviction.

"I feel guilty" says Sliwicki. "I feel like it's my fault, because she probably wouldn't have started if it wasn't for me."

Luke Sliwicki is hoping that in the fall, when he and the boy's mother both get out, they'll be able to beat the odds, and start a new life, without heroin or OxyContin.

This is the second part of a six-part series on heroin in Wisconsin. You can view part one here.