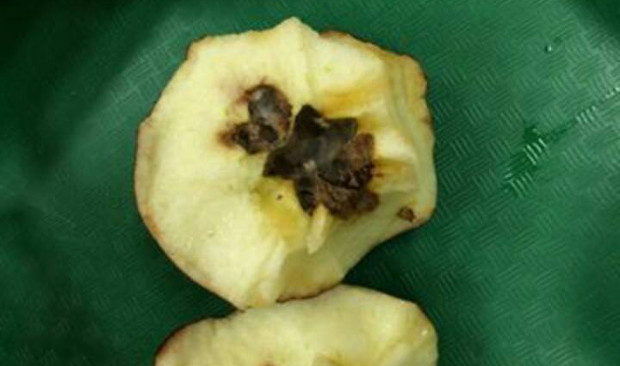 Lunches served at a Wisconsin high school will be more nutritious and satisfying if an ambitious student gets her way.

Meghan Hellrood, a senior at D.C. Everest Senior High in Weston, a village near Wausau, is helping to lead a protest on Thursday of what she considers to be unhealthy lunches served at school under the Healthy Hunger-Free Kids Act, a federal program introduced in 2010 that has been championed by first lady Michelle Obama. As part of the program, participating schools receive federal assistance so long as they adhere to nutritional standards that lower the intake of calories, sugar and processed food.

D.C. Everest is one such school. According to the Wausau Daily Herald, principal Tom Johansen said the school depends on the $1.25 million it receives to offer free and reduced-price meals to low-income families, which comprise about 25 percent of the student body.

“Those kids get free and reduced lunch and it gives them a good solid foundation and a good meal, that's important for learning,” he said.

The problem, according to Hellrood, is that the only difference between the meals before the program took effect and the ones served now is that they’re smaller.

Hellrood added that salads are offered twice a week, but that students are restricted in the amount of ranch dressing, croutons and other toppings they can put on it.

Sometimes, she said the quality of the fruits and vegetables are questionable at best.

“The schools count a box of raisins to be a fruit … and the apples that we’re served are always very spoiled,” Hellrood said. “They just don’t serve us those healthy foods that the act says it’s supposed to.”

Further, the program takes a one-size-fits-all approach, which Hellrood maintained is not practical given the diversity of nutritional needs among students.

She said that she’s heard many of her peers complain that they haven’t been able to perform as well in athletics programs because they’re “out of energy.”

As a result, Hellrood has been rallying her fellow students to bring a lunch from home for the one-day boycott, dubbed Pack a Bag DCE. The campaign has received national and even international media attention. Hellrood said that she’s received emails from students across the country who plan on participating with D.C. Everest.

She said she plans on bringing a peanut butter and jelly sandwich, a protein bar and yogurt.

Hellrood said that her goal is to send a message to policymakers in Washington, D.C., that students are not happy with the Healthy Hunger-Free Kids Act and that changes need to be made.

Dr. Patrick Remington, a professor of population health sciences at the School of Medicine and Public Health at the University of Wisconsin-Madison, applauded Hellrood’s efforts.

“I think it’s great,” he said. “It’s important for kids to get involved in the debate not only about the foods that they’re eating at home and at school, but also about the whole process of how guidelines are set for institutions.”

Remington stated that most school districts are strapped for funds and would be remiss in not accepting the federal money and thus following the nutritional requirements. The issue, he said, then becomes a matter of how to implement those standards.

He said schools can take the D.C. Everest approach by reducing calories by cutting the processed meals in half. Another option is to simply provide more fruits and vegetables and increase the servings of healthy foods.

“There are fewer calorie restrictions on salads, for example, or healthy fruits and vegetables,” he said.

Remington, however, disagreed with the notion that 220-pound football players, or any student with higher caloric needs, are being undernourished because of the nutritional standards. He said that there are no restrictions on what students can bring from home in a backpack or what teams can provide after school.

As for Thursday’s boycott, Remington predicted it would be largely successful.

“I suspect that the choices that kids will have in Wausau will be better following this discussion,” he said.