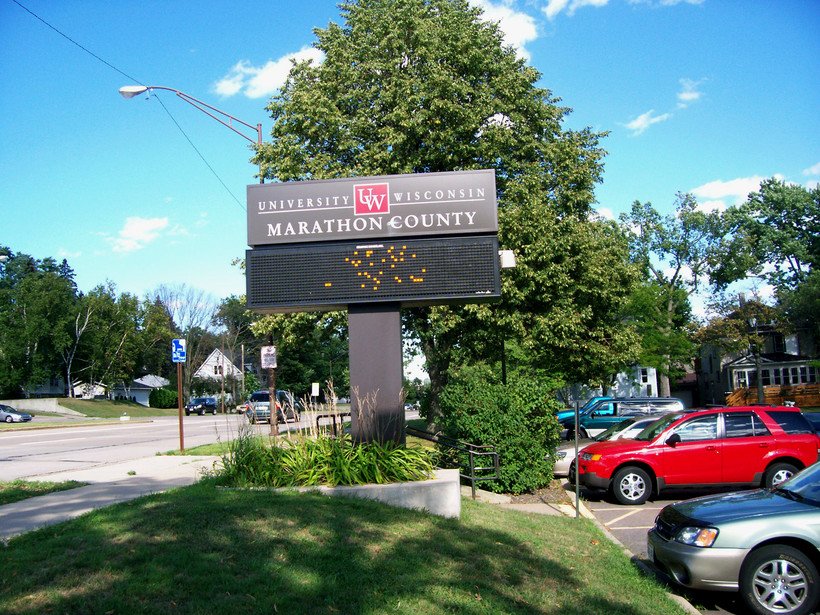 Wausau is home to both UW-Marathon County as well as Northcentral Technical College. RoyalBroil (CC-BY-SA)

Two Wausau-area observers are not impressed with the notion of combining University of Wisconsin's colleges with the state’s 16 technical college districts.

A group of state Assembly Republicans met last week to discuss the idea of creating a more efficient and cost-effective higher education system, though no legislation has been drafted, according to the Milwaukee Journal Sentinel.

The newspaper also reported that the concept was initiated by lawmakers, not the UW System or the Wisconsin Technical College System.

"The goal is to have legislators study these issues and determine whether the merger is worth considering," Assembly Speaker Robin Vos said.

Wausau is home to UW-Marathon County, which is a two-year institution and Northcentral Technical College. City Council member Keene Winters said Friday that he has his doubts about whether the proposal will work.

"I’m not sure it’s helpful for us here in Wausau," he said.

To him, it’s about the economy. He said the two colleges are tightly woven into the Wausau community — especially NTC, which trains students for jobs in the local area.

Meanwhile, the UW Colleges are responding to a $5 million budget cut by eliminating 83 full-time positions and consolidating leadership. Instead of one dean leading each campus, four regions are being created and will be overseen by a single dean. The Marathon County, Marshfield/Wood County, Barron County and Marinette campuses will comprise the northern administrative region.

The $5 million cut is part of the $250 million reduction the UW System received under the current state budget.

Winters, who also serves on the steering committee of the Center-Right Coalition of Wausau, said he understands the urge to cut red tape, but is skeptical that a single dean will be able to manage four institutions over such a large geographic area.

It’s that reality that makes him sour on the notion of a merger.

"The question is, do we want our college system to be tethered to the local economy or do we want it to be one massive system?" he said. "And I think if we start that consolidation, then we might as well also consolidate campuses because that’s the next route, and then we really don’t have a system like we have today."

Attorney and Democratic National Committee representative Christine Bremer-Muggli agreed with Winters about his concerns over the UW College’s new regional system. She also said the two-year colleges and technical colleges are too different to be joined together.

"The UW Colleges System is a gateway for four-year university. That’s the goal and that’s the mission," she said. "The mission of the technical colleges is to serve not only young students, but also adults on a much more short-term basis to ready them for jobs in the economy."

Further, she said a potential merger would result in additional cuts and be "the nail in the coffin" to the UW System, which she called "the pride of our state."

Bremer-Muggli said she's troubled that the merger talks are happening behind closed doors by lawmakers with no backgrounds in higher education. She called for public meetings and hearings to be scheduled across the state for citizens and legislators to learn more about the system.

"(Lawmakers) should stop, take a break, (and) figure out how bad the damage already is before they do anything else," she said.

The "Week in Review" can be heard each Friday at 8 a.m. on the Ideas Network of Wisconsin Public Radio.