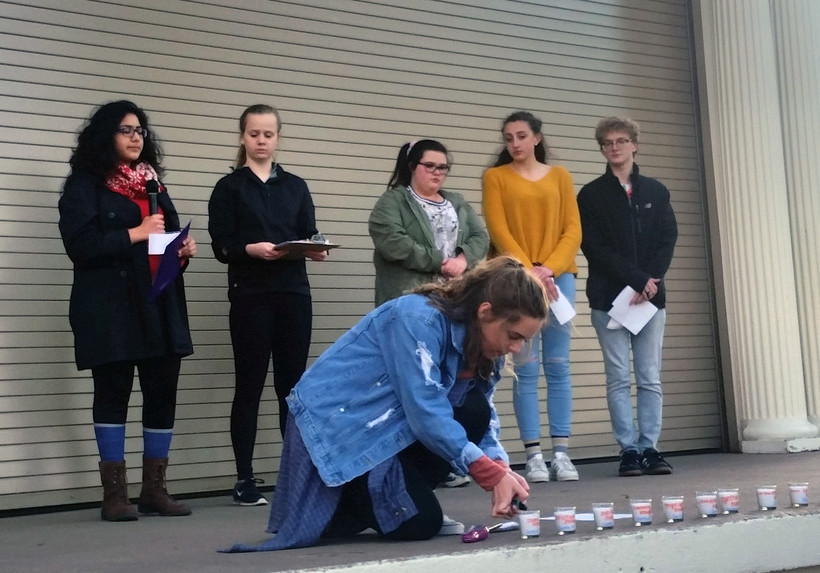 A rally and march in Waukesha Sunday night remembered the victims of a school shooting Friday in Texas. Eight students and two teachers were killed in the violence at Santa Fe High School near Houston.

In Waukesha, a few dozen people turned out to show support for victims and protest gun violence. Brookfield Central High School student Ravina Sachdev, 17, said all the killings at schools in recent years leave her fatigued.

"We've all grown weary of watching kids our age bleed to death in their own school hallways," she said. "We are tired of hearing frantic voices of students trapped in their classroom."

But Sachdev said rather than give in to that weariness, students and adults need to keep pressuring politicians to pass laws that would reduce gun violence.

Sachdev said she's interested in an idea touted by former Obama administration Education Secretary Arne Duncan to boycott school until reforms are made.

But also at the rally, Waukesha School Board member Kurt O'Bryan said he does not support what Duncan is promoting.

"I don't think it's a good idea to encourage any sort of action against schools. It's not the schools that are the problem. The people have to stand up. We had 30-40 people here tonight, which is good. But we need thousands, '' O'Bryan told WPR.

Next month, O'Bryan said he will ask the Waukesha School Board to pass a resolution calling for more limits on guns.