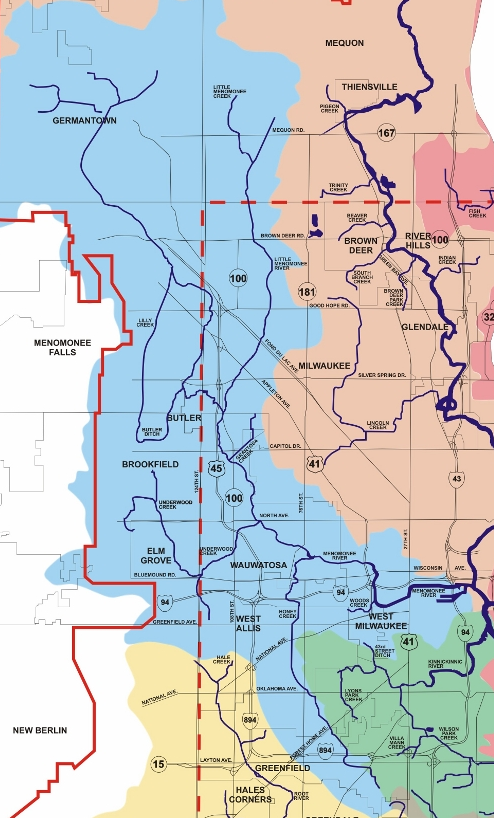 Eleven municipalities along the Menominee River in southeastern Wisconsin have agreed to abide by one of the few watershed-based stormwater permits in the U.S.. Nancy Frank is with the non-profit Southeastern Wisconsin Watershed Trust-- or Sweetwater. Frank says the 11 communities have already had to follow individual stormwater permits, but now should be better able to work together and share costs. She says reducing suspended solids will be a key goal, "So that's the sediment, the car tires, the runoff of soil with no vegetation."

Frank says the 11 communities are likely to eventually face tougher limits on the particles, and also on phosphorus and bacteria. The DNR will monitor the watershed permit over the next five years. Frank says Sweetwater will try to help get federal money and foundation grants to help pay for the joint effort to clean up the Menominee River.