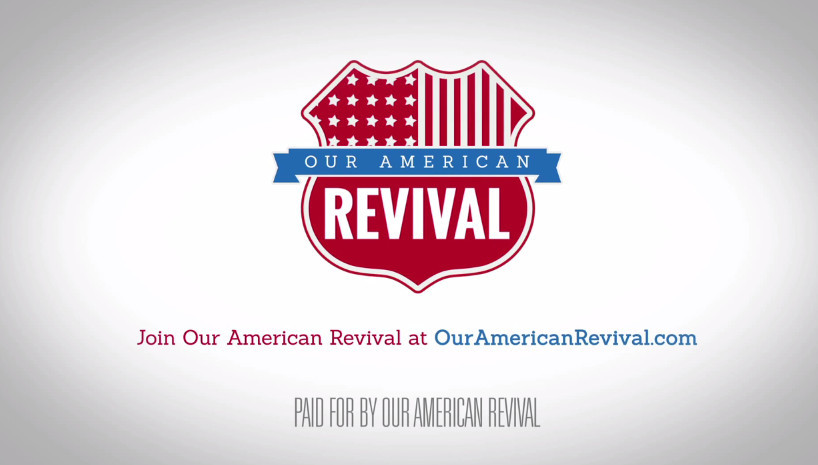 The final frame of Our American Revival's new political ad.

Video Paints Dire Picture Of State Of Nation, Asserts That Change Is Happening In States Like Wisconsin
By Erik Lorenzsonn
Share:

The video paints a dire picture of the country's status both economically and politically, claiming that it “stands on the brink.” It then asserts that the states like Wisconsin are “leading America's revival” by cutting taxes, turning budget deficits into surpluses, reducing the size of government and creating jobs.

Walker's name is never mentioned by the narrator of the ad, but the video does include clips of Walker's victory speech on election night last year, as well as of him on the campaign trail and speaking to industrial workers.

Watch the video below: