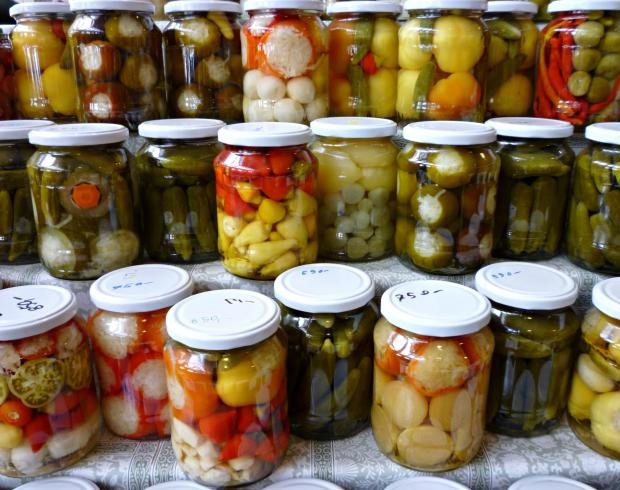 Ward: No Limit On What Can Be Pickled
By Judith Siers-Poisson
Share:

Whether it’s the Polish and German heritage of many Wisconsin residents or a desire to enjoy the garden’s bounty long after the growing season has ended, pickling is a popular food preservation technique in Wisconsin.

Christina Ward, a master food preserver for Milwaukee County and writer for Edible Milwaukee and the Milwaukee Journal Sentinel, said she knows that the idea of pickling can seem intimidating to novices. But, she works to demystify the process and to share techniques and recipes that can be done in just about any kitchen.

One of Ward’s favorite concepts is that of "quickles" -- a term that she uses for making quick pickles. A good example of that idea is her recipe for bread-and-butter pickle slices, which take minimal preparation and don't need to be canned in the traditional sense.

While cucumbers are the most common vegetable for pickling, Ward said she encourages home cooks to be creative with ingredients. For her bread-and-butter pickle slices, for example, she said that zucchini is a fine substitute.

Ward casts the pickling net even more widely to include not only a variety of vegetables, but fruits as well. In a recent Milwaukee Journal Sentinel article, she shared recipes for quick corn relish, Daikon radish in soy sauce and even pickled strawberries.

It doesn’t even have to end there, Ward said.

"You can even pickle eggs, that great Wisconsin bar tradition. Or, if you go into a tavern in Milwaukee, you might even see pickled pork hocks. It's only limited to your imagination," she said.