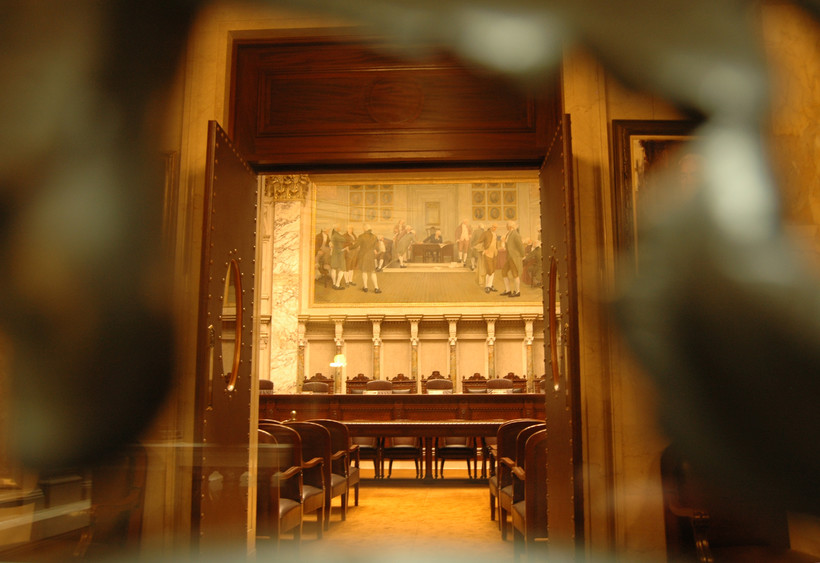 Three judges who owe their current jobs to Gov. Scott Walker are among the five finalists for Wisconsin's pending state Supreme Court vacancy.

The list released by the governor's office on Wednesday also includes two other candidates with ties to Walker, who will make his second appointment to the seven-member court in a span of less than a year.

The applicants are vying to replace outgoing Justice David Prosser, who will retire from the court on July 31.  Prosser, a former Republican speaker of the Wisconsin state Assembly, is part of the court's 5-2 conservative majority.

The finalists include Wisconsin Appeals Court Judges Mark Gundrum and Thomas Hruz and Marinette County Circuit Court Judge James Morrison.  All three were appointed to their current jobs by Walker. Gundrum, like Prosser, is a former Republican lawmaker.

Also among the finalists is Jefferson County Circuit Court Judge Randy Koschnick, who ran an unsuccessful campaign for the state Supreme Court in 2009.  Koschnick's daughter is Walker's chief legal counsel.

Private attorney Daniel Kelly is the lone candidate on the list who isn't a judge although he has his own connections to Walker. Kelly was one of the lawyers who defended Wisconsin's Republican-drawn legislative map in a 2012 lawsuit. He's also active in the Federalist Society and friends with sitting Justice Rebecca Bradley, whom Walker appointed to the court last year. Bradley won election to a 10-year term in April.

Conspicuously absent from the list of finalists is Public Service Commission chair Ellen Nowak, who was among the 11 people who initially applied for the vacancy. Dane County Judge Jim Troupis, who frequently represented Republicans during his career as an attorney, also applied for the opening but failed to make the cut.

Walker's office says the governor plans to announce his final choice by the time Prosser retires at the end of July.  Whomever Walker picks won't have to stand for election until 2020.