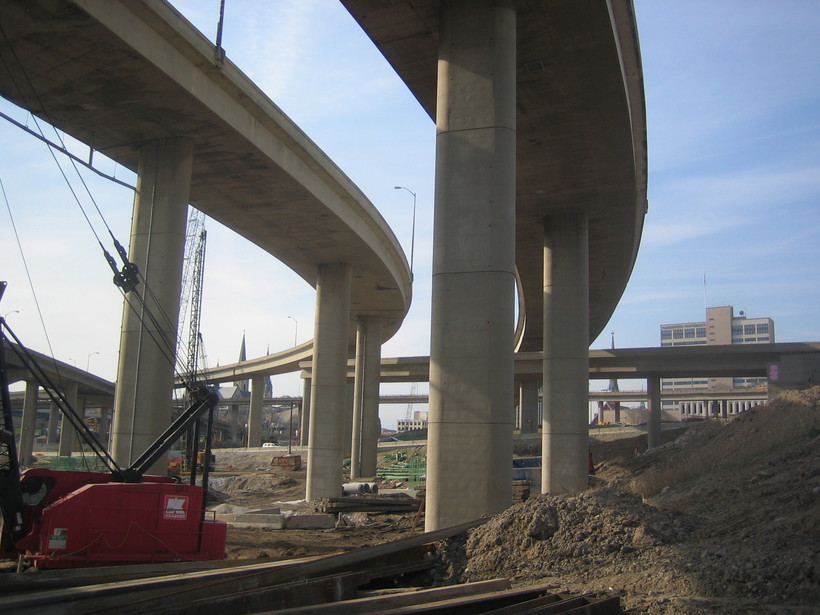 Walker made the remarks Thursday after President Donald Trump called for a massive increase in road funding during his State of the Union address earlier this week.

In his address, Trump said, "Every federal dollar should be leveraged by partnering with state and local governments and, where appropriate, tapping into private sector investment to permanently fix the infrastructure deficit."

In Wisconsin, Walker and some Republican lawmakers have been at odds over how to fund transportation projects statewide. Walker opposed raising the gas tax for road repairs during last year’s budget deliberations. The current budget includes $402 million in borrowing for roads while some projects have been delayed.

On Thursday, Walker said he would consider raising revenues to access federal money for infrastructure improvements, and expressed hope that the federal government would provide support similar to the traditional 80 percent funding level with a 20 percent match from the state.

At the same time, Walker denied it was a reversal of his earlier position.

"My position is exactly the same as it was four years ago when I talked in 2014 before I stood for election, which was I said any revenue increase in the (state) Department of Transportation budget would have to be offset by equal or greater reduction somewhere else so that the overall tax burden would not raise on the people of the state of Wisconsin," said Walker.

A White House fact sheet on the administration’s transportation initiative outlined that the federal government should support communities that move toward "a model of independence" in raising revenues for infrastructure.

The level of matching funds required by state and local governments will be a key factor in whether significant investment can move forward, said Jerry Deschane, executive director for the Wisconsin League of Municipalities.

"Some of the earlier reports I saw were that the feds were going to provide 20 percent and leave it to local governments to come up with 80 percent. If that’s what actually gets passed by Congress, this won’t work in Wisconsin at all," he said.

Local government budgets are already stretched thin when it comes to any additional expenses, said Deschane.

Even so, some local leaders say they’ve been forced to become more independent in funding infrastructure needs. Some counties, cities and towns have resorted to borrowing or raising the tax levy as state and federal support has dwindled, including the town of Summit in Douglas County.

"It is the towns. It is the counties that end up putting their money out to get money back. I appreciate the money we get from the feds, but it’s always got some kind of strings on it. Then, when we deal with our state government, we got caps on everything," said town chairman Dan Corbin. "We can only spend so much money. If we can’t get it done in that amount of money, then we have to turn around and postpone it, find another way to raise it, go back to our towns to raise it. That’s tough money. Taxes are high enough the way they are."

As part of its infrastructure initiative, the Trump administration is encouraging more public-private partnerships to fund projects. However, private entities that fund public projects need some sort of mechanism to recoup their investment, said Kevin Trass, director of policy with the Wisconsin Transportation Builders Association.

"With most transportation projects that would be in the form of a toll road, which has some sort of revenue stream attached to it," said Trass. "We don’t have tolling currently in Wisconsin. That’s a problem for public-private partnerships in Wisconsin."

Among efforts to stimulate private investment, the Trump administration has proposed lifting the $15 billion cap on private activity bonds, which are tax-exempt bonds that often help businesses finance infrastructure projects. The administration also suggested expanding eligibility and funding for the Transportation Infrastructure Finance and Innovation Act, which provides loans and credit to governments and private firms for transportation projects.