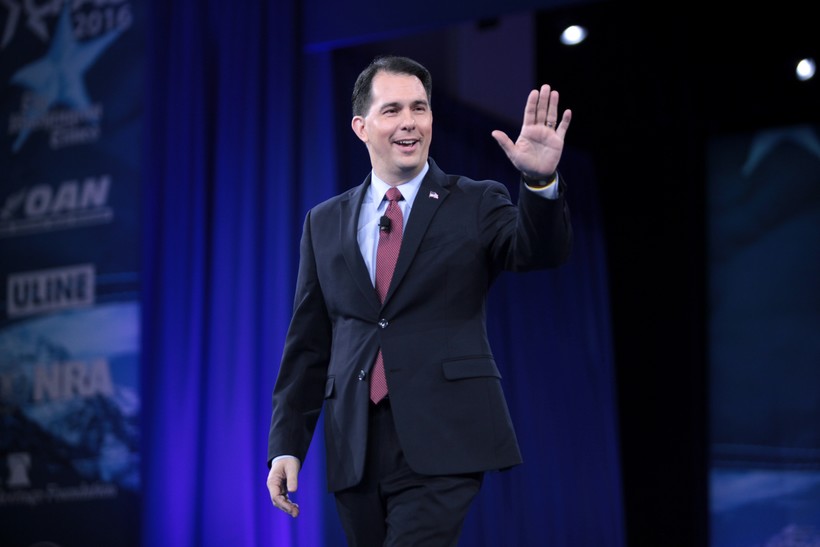 Walker Will 'Get His Mojo Back,' Conservative Predicts

After a long slump, Gov. Scott Walker’s approval rating went up in the latest Wisconsin Survey — jumping up about 4 points from an October poll to 43 percent. Expect that trend to continue, says Rick Esenberg.

The Milwaukee conservative, who serves as president and general counsel of the Wisconsin Institute for Law & Liberty, predicts that Walker will "get his mojo back." He said that the period of decline that began in the spring of 2014 and that lasted through October 2015 had a lot to do with the governor's run for president.

"A lot of times that a governor runs for president, their approval ratings dip because they’ve been out of town," said Esenberg. "You can’t provide the kind of leadership that a governor will typically provide when you’re running for president. People notice that, people get annoyed, people think you’ve checked out and it takes a while to build that back up."

Esenberg highlighted a WILL report in National Review that showed that Act 10 — the law Walker signed that eliminated collective bargaining for most public employees — has helped Wisconsinites rather than hurt them. In the five years since its inception, taxpayers have saved more than $5.24 billion, citing data from the John K. MacIver Institute for Public Policy. The WILL report also said that Act 10 has led to better learning environments for students at public schools and that pension benefits for state workers have remained about 4.5 times more valuable than those at private-sector levels.

"Act 10 is working in Wisconsin and will keep paying dividends in the Badger State for years to come," the piece said.

Bill Lueders, associate editor of The Progressive magazine, acknowledged that Act 10 has resulted in savings in certain situations, but disputed the law’s successes. He referred to a Milwaukee Journal Sentinel story detailing 1 one in 8 employees left their state jobs last year to retire, take another position, or for another reason — the highest turnover rate in at least a decade.

"Experience matters," he said. "Having people in those jobs who know what they’re doing matters."

Lueders said that some people in Wisconsin will never forgive Walker and will devote their energy and political will to "destroying" him. Still, others will always support Walker and appreciate the courage he showed in standing up to union members.

In an interview this week with Townhall, Walker said that "without a doubt," he is inclined to run for a third term as governor in 2018 and show other Republican leaders that "positive reforms" can get done — "even in a blue state like Wisconsin," a prospect that Esenberg endorsed.

"I’d be happy to support the governor again if he ran in 2018," he said. "This is a guy that has been elected governor of the state of Wisconsin three times and I think that people who count him out are likely to be disappointed."

On the other hand, Lueders maintained that Walker cannot be a credible candidate for re-election or for national office unless his approval rating rises substantially.

The spring 2016 Wisconsin Survey was conducted by Wisconsin Public Radio, Wisconsin Public Television and the St. Norbert College Strategic Research Institute.  It polled 616 registered voters across the state between April 12 and April 15. The margin of error is plus or minus 4 points.