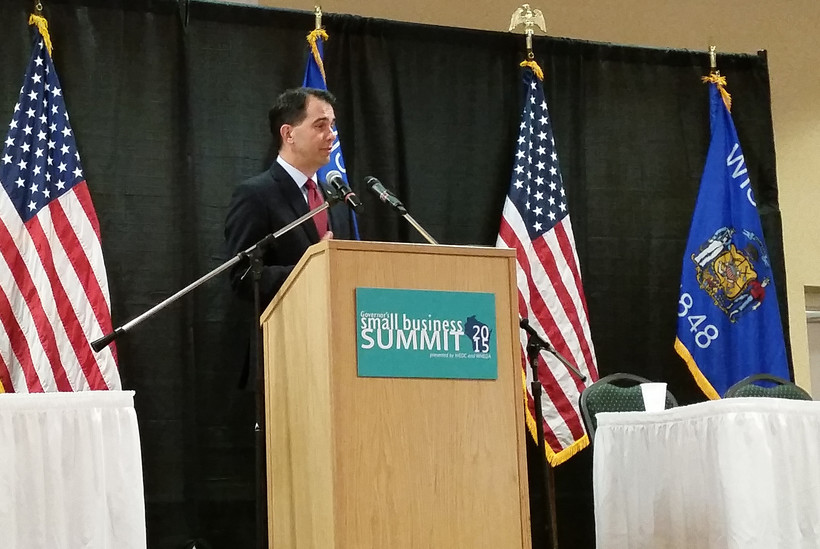 Walker: US Should Not Take In Syrian Refugees

Gov. Scott Walker said Wednesday that the United States should not take in Syrian refugees. Instead, he said America should take focus on taking out the so-called Islamic State, also known as ISIS, to solve the humanitarian crisis in that country.

Walker was criticized Tuesday for dodging a question on whether the U.S. should admit more Syrians fleeing extremist violence and a bloody civil war. Wednesday, while speaking with reporters at the Governor’s Small Business Summit in Eau Claire, he clarified his answer: "No, we shouldn’t be taking on any more Syrian refugees right now."

Walker said the U.S. is already putting plenty of resources into humanitarian efforts.

"In the last year, America has received almost 70,000 refugees of which nearly 2,000 are from Syria. We’ve spent something like $4 billion in humanitarian relief in terms of helping the situation in Syria," Walker said.

"So we’re doing more than any other country in the world, and it’s got to be clear that the problem that has to be addressed is not the refugee issue — that’s a symptom. The real problem is this administration fails to deal with taking on ISIS," he added.

The statement comes after aides to Secretary of State John Kerry confirmed earlier in the day that Obama administration officials are committed to resettling more refugees in the U.S., focusing especially on those from Syria. European countries have been dealing with an influx of Middle-Eastern and north African refugees fleeing violence in recent weeks.

Walker said current political restrictions are hampering the U.S. fight against the Islamic State group in Iraq and Syria.