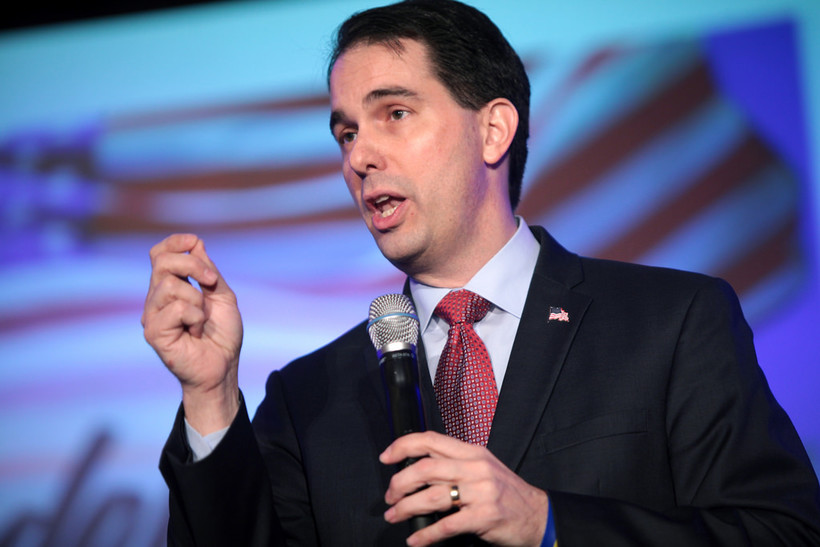 Wisconsin Governor Hasn't Ruled Out Another Run For President
By Chris Malina
Share:

Even as Republicans have started their general election push to put Donald Trump in the White House in 2016, there's plenty of speculation in Wisconsin that Gov. Scott Walker might once again run for president in 2020 or beyond.

Walker has hinted at another run for governor in 2018, saying that it’s the only campaign he’s thinking about. And speaking to reporters at the Republican National Convention in Cleveland this week, he went as far as saying he wouldn't run for president as a sitting governor. That would presumably rule out a 2020 bid if he wins a third term.

But Walker also hasn't ruled out another presidential run entirely, and Tim Hagle, associate professor of political science at the University of Iowa, hasn’t ruled it out, either.

"I think it’s possible," said Hagle, who's also a faculty adviser to the University of Iowa College Republicans. "He looked early on to be the front runner this cycle, but for one reason or another, it just didn’t happen. Too many candidates got into the race, he couldn’t sort of distinguish himself sufficiently, but I think there’s still a potential there."

That approach could play well with future Republican voters, according to Hagle.

"His going after Clinton rather than Trump, that’s sort of a way to bring that base together," he said. "To the extent that he was successful and that he gave a good speech, then yeah, he could still be considered in the running."

The Democratic Party of Wisconsin pounced on Walker’s convention speech. Party spokesman Brandon Weathersby called it a "desperate plea for voters to turn to the 2020 presidential election," in a recent statement.

As for his future as governor of Wisconsin, Walker is up for re-election in 2018.  No Democrats have yet announced their intention to run.