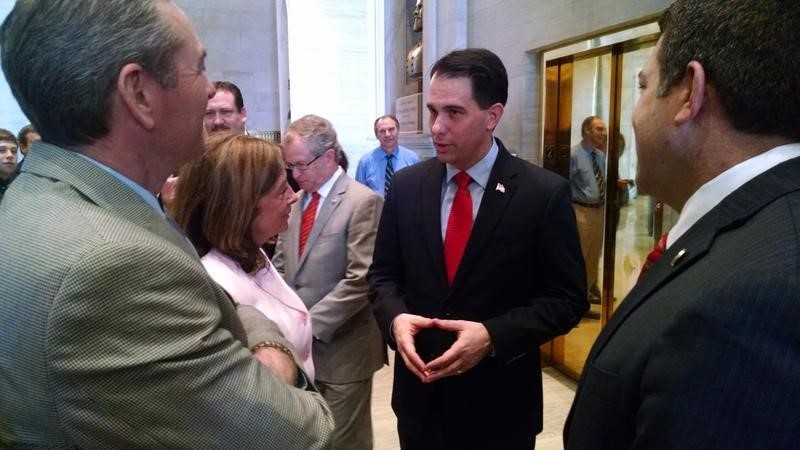 Walker met with Tennessee lawmakers before speking at an NRA convention in Nashville.

Gov. Scott Walker used a speech to the National Rifle Association in Nashville Friday to call for a more aggressive foreign policy, calling for attacks on terrorists overseas and a stronger partnership with Israel.

Walker began his remarks by touting concealed carry and castle doctrine bills he signed into law and telling the crowd he owned a shotgun, a rifle and bow. But he quickly pivoted from guns to an energetic stump speech where he ripped government spending and said the biggest thing that concerned him today was national security.

Walker drew some of his biggest applause from the NRA crowd when he said he wanted a rresident who would "say that Israel is an ally and start acting like it."