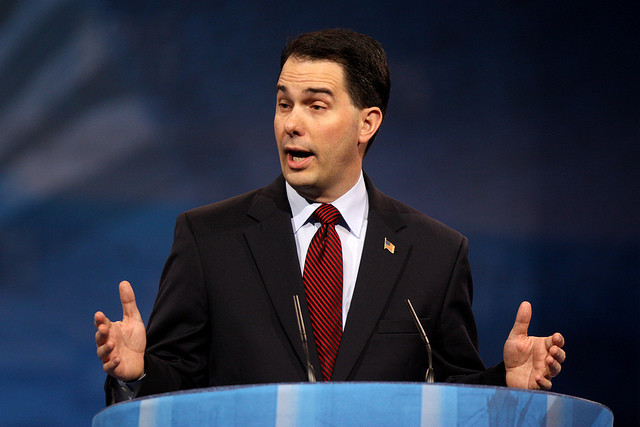 Gov. Scott Walker said that the fight over the gay marriage ban is over in Wisconsin.

The U.S. Supreme Court on Monday refused to hear cases from five states -- including Wisconsin -- seeking to prohibit same-sex marriages. That means the appeals courts' decisions allowing same-sex marriage can now take effect in 11 states where it had been prohibited.

At a campaign stop at a family farm in Sun Prairie on Monday morning, Walker said that the state will honor that ruling.

"I've said all along that I would support the constitution of the state of Wisconsin until the federal court said otherwise. I think with the Supreme Court's announcement today, it is clear that the position of the court of appeals at the federal level is the law of the land, and we are going to go forward in enacting that," Walker said.

Wisconsin Attorney General J.B. Van Hollen echoed Walker's remarks, saying that the fight is indeed over and it is time to administer the law "fairly and impartially."

Julaine Appling, the group's executive director, said that the issue isn't over for her organization.

"Wisconsin Family Action is in no way waving a surrender flag.  We believe there's still opportunity in the judicial work that needs to be done on this issue and it certainly doesn't change what we'll be doing about marriage in this state and encouraging people about why marriage between a man and woman is so good, is so unique so important in our state," she said.

Appling said the high court is being prudent by waiting for the outcome of those to get a fuller understanding of all the constitutional issues involved.