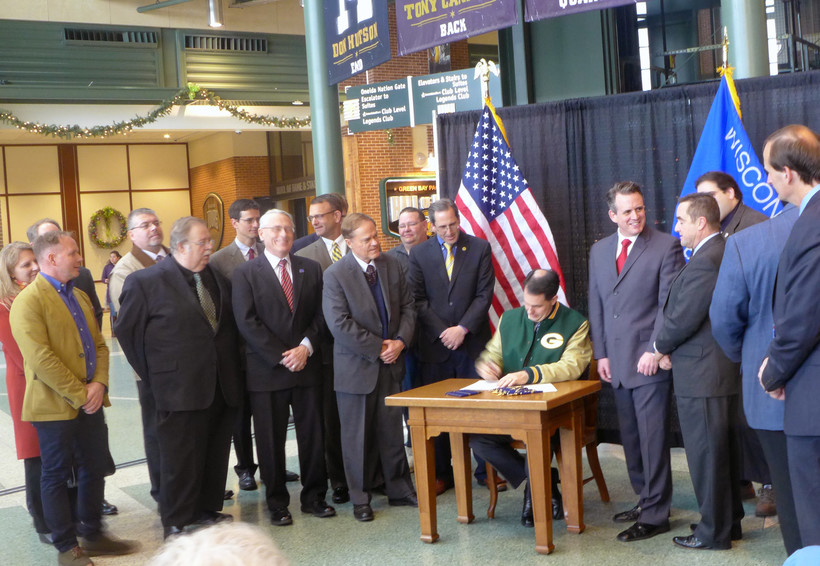 Sales Tax Went Into Effect In 2001 To Help Pay For Stadium Renovations
By Patty Murray
Share:

More than $17 million will be returned to cities and towns in Brown County after Gov. Scott Walker signed a law Monday refunding excess sales tax money for the renovation of Lambeau Field.

The governor came to Lambeau Field to sign the legislation. Leaders of Brown County cities and villages were also on hand for the photo opportunity.

"When we're getting rid of a tax, everybody wants to be in the picture," Walker said.

It's now up to those local leaders to decide how to spend their refunds. Green Bay Mayor Jim Schmitt said the city stands to get between $4 million and $5 million.

"We really will make a good case for an outdoor event center as well as some programs to retain talent in our community," said Schmitt.

Smaller municipalities in the county will have the same conversation this winter and spring.

Collection of the half-cent sales tax began in 2001.

Editor's Note: An earlier version of this story featuring Associated Press content has been updated with original reporting.