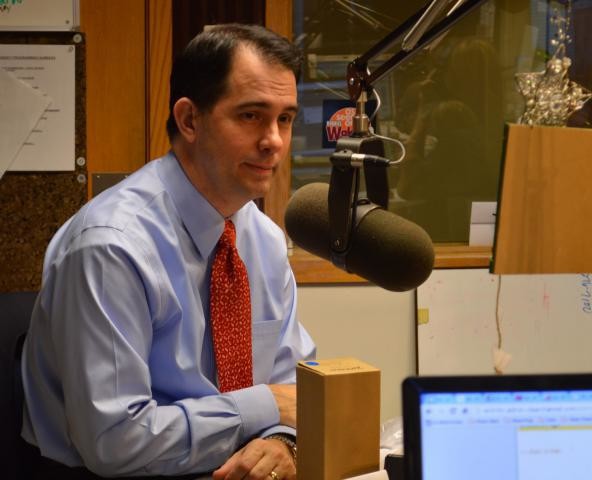 Gov. Scott Walker during a radio interview in Milwaukee. Photo: State of Wisconsin.

A gunfire detection system will expand, thanks to a bill that Gov. Scott Walker signed into law on Friday morning. Last year, Walker vetoed an expansion of the same program.

The shot-spotter system in Milwaukee uses sensors to detect loud noises like gunfire. Police say the system improves their response times to shootings, and helps them determine where to have officers patrol.

Last June, Walker vetoed more money for shot-spotter out of the current two-year state budget. Now he has reversed course and approved $175,000 in state funds that will get a match from Milwaukee County.

“No, I think at that point we didn’t know enough about the technology,” said Walker. “It leveraged not only state dollars, but it leveraged money from Milwaukee county, as well as the city of Milwaukee. I think that’s important.

Milwaukee police say it will take a few months to expand shot-spotter coverage, from three miles to 10 miles.

At a Milwaukee prayer vigil this morning for 29-year-old Fredricka Hodges, killed when she was caught in crossfire this week, not all were sold on shot-spotter. Bob Graf says the system doesn't do enough to prevent shootings.

“The emphasis is always on afterwards, after the crime,” he said.

There were several others shootings in Milwaukee this week. 48-year-old Matthew Glassford has been identified as the other fatality bringing Wisconsin Public Radio’s count of gun homicides in the state this year to 22.