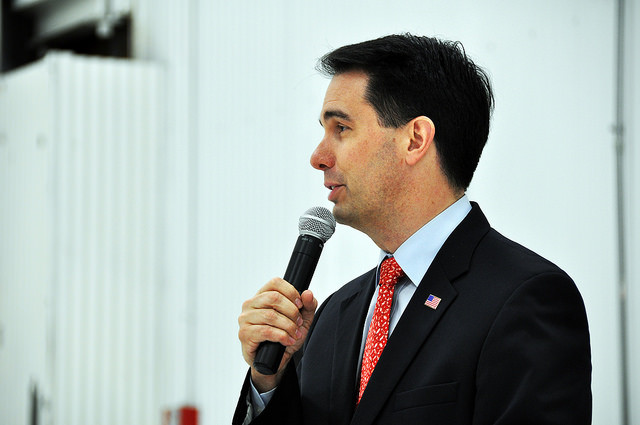 Gov. Scott Walker's recall campagn, along with his initial gubernatorial campaign, have been the subjects of John Doe investigations.

Governor Has Been Involved In 2 Such Probes Investigating His Election Campaign Activity
By Shawn Johnson
Share:

Gov. Scott Walker has signed a bill that blocks future John Doe investigations like the one prosecutors used to investigate Walker's gubernatorial campaign.

The new law won't end John Does entirely in Wisconsin, but it will prevent prosecutors from using them to investigate political crimes including bribes and campaign finance violations. That means investigations like the now-closed probe into whether Walker's campaign illegally coordinated with conservative groups during his 2012 recall election will no longer be possible.

Walker was never charged as a result of that probe, and the state Supreme Court ended the investigation in July, saying there was nothing unconstitutional about the campaign coordination.

Many Republicans have said that the search warrants carried out in that John Doe were unconstitutional, although the bill Walker signed won't change any rules for police searches.

In a John Doe, judges decide whether to grant investigators subpoena powers to gather evidence and figure out whether a crime was committed. Prosecutors will still be allowed to use grand jury investigations in Wisconsin, but they're more complex and expensive. Common Cause's Jay Heck said because of that, many prosecutors won't use them.

"Without funding, it doesn't take a genius to see that there's not going to be very many investigations into political corruption," said Heck.

In addition to the case involving Walker's campaign, prosecutors also used John Doe investigations to convict six former Walker associates in Milwaukee County, and more than a decade ago, to send lawmakers from both parties to jail as part of the legislative caucus scandal.

Outside of politics, John Doe investigations could still be used for violent felonies and some drug crimes, although the bill will lift the gag order on subjects of such probes.

Walker signed the bill Friday in private and without comment.

Editor's note: An earlier version of this story featured Associated Press content. It has been updated with original reporting including comments from Jay Heck.