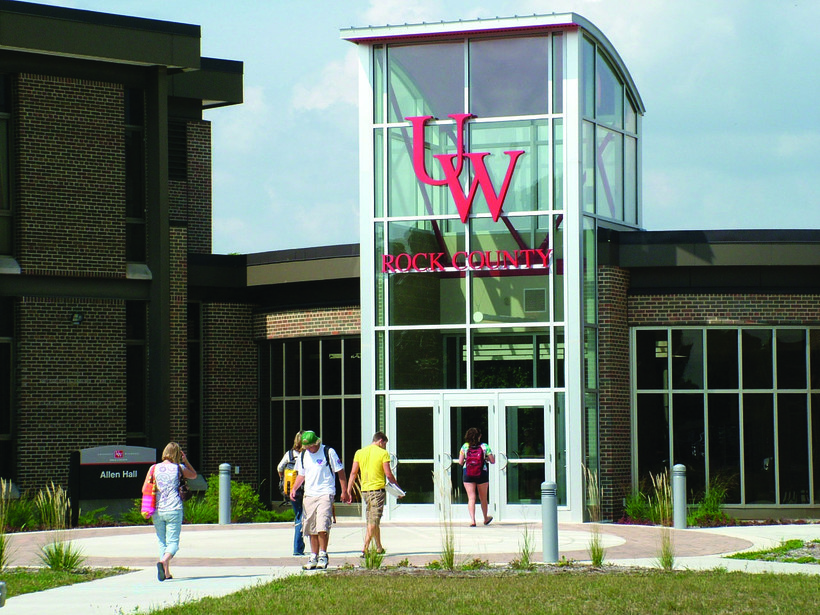 The state's two-year colleges, like UW-Rock County, could see some relief from Walker's proposed budget cuts.

Gov. Scott Walker is suggesting a budget cut to the University of Wisconsin System that may be smaller than the $300 million he originally proposed.

The UW and its supporters have been asking lawmakers to shrink the budget cut. For example, a mailer this week from the Wisconsin Alumni Association provides tear-off, postage-paid cards that can be relayed to the recipients' local legislators, saying the proposed cuts are too big.

Walker said that pending state revenue estimates permitting, at least part of the system — specifically, the two-year colleges — could catch a break.

"Possibly there are some tweaks in the UW System as a whole, more likely to be adapted to the two-year colleges where, I think, there's a broad concern about the impact there," he said.

Walker said state lawmakers need to plan for very conservative revenue estimates, adding that the final numbers will be more, but not much more.